Fair or not, most baseball fans wouldn’t want their manager to do what Kevin Cash did in Game 6 of the 2020 World Series.

As you surely recall, Cash pulled a dominant Blake Snell after the lefty gave up a lead-off single with his team holding a 1-0 lead in the bottom of the sixth inning. The Los Angeles Dodgers rallied, won the World Series and Cash was left to live with a decision that might have cost the Tampa Bay Rays their first championship in franchise history.

Many have viewed Cash’s decision as evidence of analytics-driven mandates from the Rays front office, something that likely isn’t exclusive to Tampa Bay.

So, what did Alex Cora, a noted analytics fan, think of Cash’s move?

During Tuesday’s introductory press conference at Fenway Park, the Boston Red Sox manager compared Cash’s dilemma to one he faced during the 2018 World Series.

In Game 4 of the World Series in 2018 when I made the decision to leave in Eduardo (Rodriguez) to face (Yasiel) Puig, that decision was based on information, And I love the information, I love to go into a game, prepare the best I can.

… I always go to Eduardo. Eduardo, we decided to leave in to face Puig because of the information we get from our analytic department, it said that lefties against Puig are better than righties against Puig. I made the decision, and after the fact, I’m like, ‘This is not the same Eduardo that our matrix says.’ Eduardo hasn’t started a game since, what, like six weeks before that one? So, at that point, he’s not the Eduardo that the analytic department was telling me before the game. But I decided to keep him (in) because I felt like the information that was provided, it was accurate and it was the way I wanted to manage that certain matchup. Too bad for me they hit a home run. But then you turn back and Dave Roberts takes Rich Hill out of the game ‘too early’ — I never asked Dave why they made the decision but they did it.

I don’t think there’s a script. I feel like managers now have more information given to you and then you prepare your game based on that information and, obviously, with the scouting reports and what you feel makes sense.

For those of you who have forgotten Puig’s homer, let’s take a trip down memory lane:

You know the rest: The Red Sox surged back, won Game 4 and clinched a World Series title the next night.

As for Cora and the Snell controversy, it’s encouraging that he and the Red Sox still embrace the human element of baseball managing. 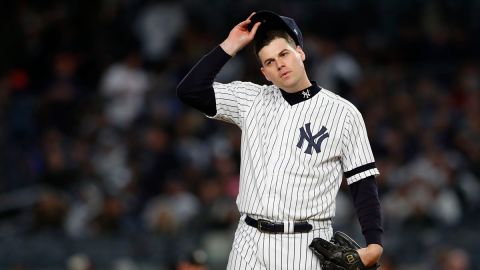 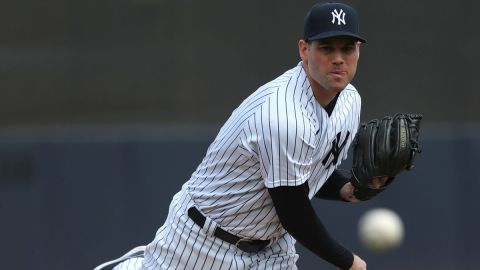