As long as they get the two points, that’s all that matters to the Boston Bruins.

Down 2-1 after 40 minutes, the Bruins scored a pair in the third period to secure a 3-2 victory over the Buffalo Sabres at TD Garden on Saturday afternoon.

Nick Ritchie had the equalizer just over five minutes into the third, and it was Craig Smith on the doorstep at 16:10 to give the Bruins the win.

Matt Grzelcyk had the other goal for the Bruins. Sam Reinhart and Kyle Okposo scored for Buffalo.

Dan Vladar made 25 saves for Boston. Linus Ullmark turned away 33 shots for Buffalo.

SABRES START HOT
It took just over two minutes for the only goal of the first period to be scored.

It was a bumpy start for Vladar, who gave the Sabres a gift of a first tally. With Buffalo on the power play via what the Bruins seemed to perceive as a suspect Connor Clifton elbowing penalty, Vladar went behind his net to gather a dumped in puck.

The netminder’s pass attempt was picked off by Reinhart, who just had to pivot to the front of the net and bury the puck on the basically open goal at 2:01.

MORE OFFENSE
There was a bit more offensive action in the second period, with both sides scoring goals in the middle frame.

Shortly beyond the midway point, Grzelcyk walked the blue line with the puck. There was a bunch of traffic in front of the net, caused mainly by Charlie Coyle, so the defenseman fired a wrister that got through and beat Ullmark at 11:41 to tie the game at one.

The tie was short-lived.

A busted Jakub Zboril attempt at clearing the zone allowed Buffalo to hang around in their attacking end. Henri Jokiharju fired a shot towards the cluster of bodies in front of the net. Vladar turned the shot away, but dashing in at the far post was Okposo, who tipped the loose puck home to make it 2-1 at 14:12.

FUN FINISH
Two goals were scored in the third period, and they both belonged to the B’s as Boston claimed the victory.

Boston didn’t play from behind for long in the third, and it was thanks to an incredible effort from Charlie McAvoy.

The Norris Trophy candidate put on a skating and puck-handling clinic, carrying the puck around the offensive zone before throwing it at the net. Ritchie was there to poke home the tying goal at 5:22 in the third.

The Sabres ended up emptying their net, but couldn’t cash in. Their hopes ultimately were dashed with a Rasmus Ristolainen interference penalty with 25 seconds that had the two sides essentially playing even strength the rest of the way.

UP NEXT
The Bruins have a quick turnaround, as they’ll play the second leg of this back-to-back Sunday evening against the New Jersey Devils. Puck drop from TD Garden is set for 5:30 p.m. ET. 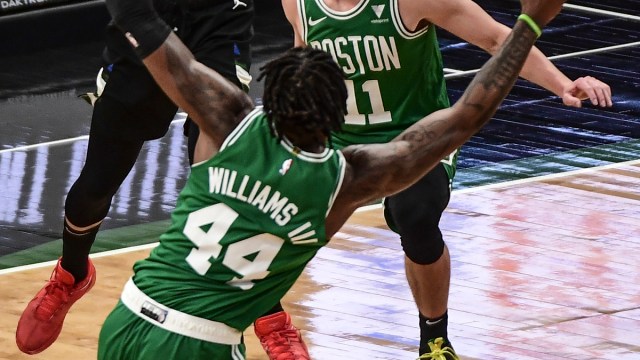 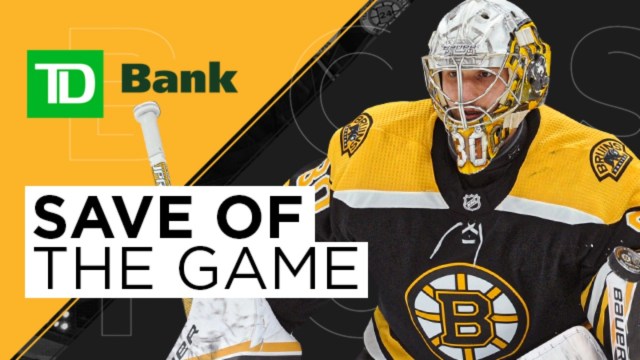