In the weeks leading up to the 2021 NFL Draft, NESN.com will be taking a closer look at this year?s quarterback class and how each player could fit with the New England Patriots. Next up: BYU’s Zach Wilson.

Analysis: No college player saw his stock rise more in 2020 than Wilson. Eight months after needing to win a quarterback competition to keep his starting job, he’s now widely expected to be the second QB taken in this year’s draft, behind only consensus No. 1 prospect Trevor Lawrence.

As such, the odds of Wilson landing with the Patriots, who own the 15th overall pick, are extremely slim. But since he’ll likely be joining the AFC East rival New York Jets — meaning he’ll face New England twice each season — it’s worth getting acquainted with his skill set.

Wilson has garnered pre-draft comparisons to Patrick Mahomes and Aaron Rodgers for his eye-popping ability to deliver pinpoint passes off-platform and out of structure. He was phenomenally accurate last season, ranking second in the FBS in completion percentage (behind Alabama’s Mac Jones) and tied for fourth in adjusted completion percentage while also averaging the third-most yards per attempt.

Wilson isn’t Trey Lance in the run game, but he rushed for 10 touchdowns last season and has a subtle downfield juke in his toolbox that he used to rip off several big gains, like this 32-yard jaunt against Houston. His mobility will be an asset at the next level.

The concerns? Though Wilson was a three-year starter at BYU, he wasn’t particularly impressive until Year 3 (hence why he had to fight for his job ahead of last season). In 2019, he completed 62.4 percent of his passes and finished with nearly as many interceptions (nine in nine games) as touchdown passes (11). Not a stat line that screams “future top-five draft pick.”

And even when Wilson did break out as a junior, he did so while playing a COVID-altered schedule that didn’t feature a single game against a Power Five opponent. BYU was very good in 2020, but it faced just one team that finished in the final AP Top 25: Coastal Carolina, who handed the Cougars their only loss of the season in a hastily scheduled December matchup. Wilson went 19-for-30 for 240 yards and one touchdown with one interception in that game, a middling performance that crushed his Heisman Trophy hopes.

With the Jets trading away Sam Darnold earlier this month, Wilson will be expected to start early, if not immediately, for a franchise that’s trotted out 11 different starting quarterbacks in the last 10 seasons. How will he handle that massive step up in competition? Wilson also underwent surgery on his throwing shoulder two years ago and doesn’t have much bulk on his 214-pound frame, raising some questions about his long-term durability.

Wilson forever will be compared to the four other top quarterback prospects in this year’s draft, all of whom could be off the board within the first 10 picks. Will the Jets, assuming they do take BYU’s meteoric riser at No. 2 overall, live to regret choosing him over Ohio State’s Justin Fields, who until recently was considered the second-best QB available behind Lawrence? 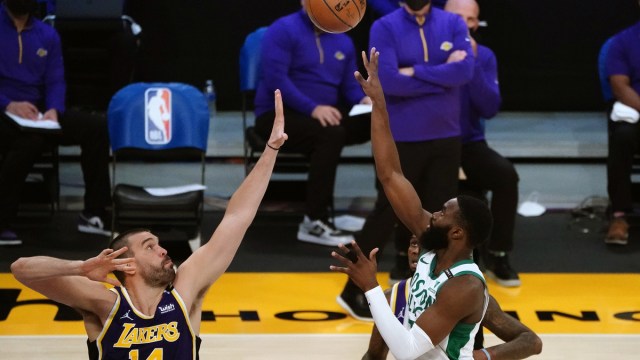 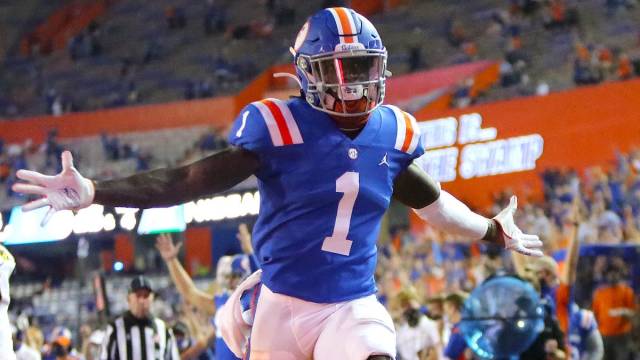