It’s safe to say Robert Kraft speaks for Patriots Nation on the subject of Tom Brady’s return to New England with the Tampa Bay Buccaneers.

The Patriots owner publicly addressed the New England-Tampa Bay Week 4 game for the first time Friday, telling TMZ he’s “excited” about Brady’s return to Gillette Stadium. The matchup is one of the marquee games of the 2021 NFL schedule and already is shaping up to be among the biggest in Patriots and Gillette Stadium history.

“Excited to have him,” Kraft said about Patriots-Buccaneers. “He’s a great guy and he did so much for us. I love him.

Brady, of course, spent his first 20 NFL seasons with the Patriots, quarterbacking the team to six Super Bowl championships. He joined the Buccaneers in 2020 as a free agent and led Tampa to a Super Bowl triumph last season.

Although Brady’s reaction to the Week 4 matchup was a tad-more-colorful than Kraft’s, both did well to convey the mood surrounding the game, which still is four-plus months away. 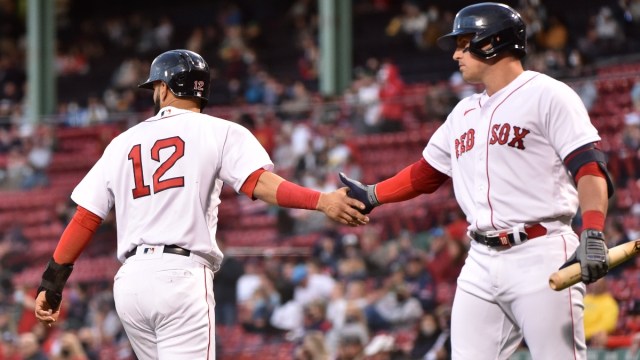