Patriots fans are all-in on the idea of bringing Julio Jones to New England, but are the Patriots themselves sold on trading for the superstar wideout?

Well, yes and no, according to Boston Sports Journal’s Greg Bedard.

The Patriots, who reportedly have discussed a trade and whom Jones reportedly is interested in, are “cautious” about pursing a deal for the Atlanta Falcons receiver, Bedard reported Sunday morning in his NFL notes column. The reasons aren’t entirely surprising: Jones’s age (32), recent injury history, contract status and the Falcons’ likely price tag.

Here’s an excerpt from Bedard’s column:

With all that said, from the money to the philosophy with the tight ends to the Patriots’ own history (never mind his age, money and durability), does a Jones trade really seem all that likely? (cue the trade for Jones)

I’ve been told the Patriots’ interest is… cautious. They’re around. If the price drops in compensation and contract, then I think Jones as a big slot/layer of security at a thin spot, would be something they’re interested in.

Bedard is among those who have dug into Jones’s film from the last two seasons and left with concerns about the aging wideout. Sports Illustrated’s Albert Breer last week also added useful context on where Jones currently is in his career.

From his Monday Afternoon Quarterback column, which Bedard also cited in his own piece:

Jones suffered a Jones fracture preparing for the 2011 combine — a foot injury that he’s needed to manage, really, for the duration of his 10-year career. He’s also had knee issues. And the totality of it led to astute defensive coaches picking up on routes he could and couldn’t run when those problems were bothering him. With the foot, he’d have trouble on in-breaking routes. With the knee, he’d have trouble cutting off it. In both cases, patterns emerged where the Falcons were working scheme-wise around those injuries, moving Jones around a lot and not putting him in disadvantageous spots. So if you’re a team trading for him, it’s definitely not been an all-the-time thing, but you’d have the prospect of dealing with that. And then, there’s how all that might affect Jones’s ability to practice, an issue that could become bigger going to a new team where he has to learn a new system and mesh with a new quarterback.

Now, all of that said: When healthy, in flashes, he’s still looked like the same guy and has the straight-line speed to threaten down the field. “I think he’s still Julio in the sense that can change a game, whether it’s with his actual ability, or his perceived ability,” said one pro scouting director. “People still have to pay attention to him. But the last couple years, when he’s not healthy, you’re limited with what he can do within the offense, since there are certain routes he can’t run. That limits where they line him up, and some coordinators are smart enough to figure out what he can and can’t run.” Add his age into the equation, and while it’s easy to see where Jones is still really enticing as a player, it’s just as simple figuring why other teams would move with trepidation on this one, especially when looking at what he might be down the line.

We get it: The idea of Julio Jones in a Patriots uniform is fun to think about, regardless of who’s at quarterback. However, it’s important to remember that fantasy (football) sometimes is incongruent with reality.

Regardless, there clearly is smoke surrounding Jones and the Patriots. We’ll see if an actual fire starts in the coming days. 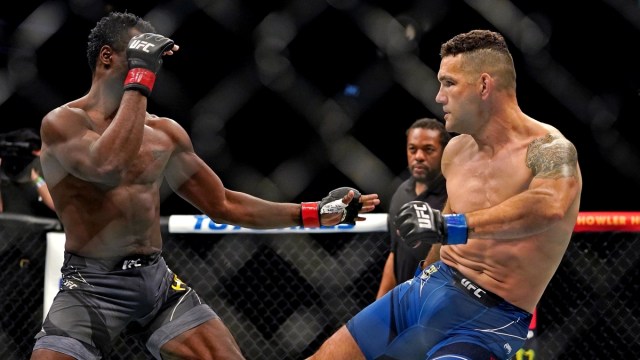