The Boston Red Sox and New York Yankees know firsthand that it’s sometimes the trades that don’t happen that end up changing the course of history.

Alex Rodriguez nearly landed with the Red Sox before the 2004 season, but the Major League Baseball Players Association nixed the deal that would have sent him from the Texas Rangers to Boston because it involved the then-reigning American League MVP accepting a pay cut.

Instead, the Rangers traded Rodriguez to New York, where he transitioned to third base with Derek Jeter playing shortstop and became a key component of MLB’s most heated rivalry.

“I would have played shortstop for probably another five, six, seven years,” Rodriguez recently said on the “Call Him Papi” podcast with Red Sox legend David Ortiz and Barstool Sports’ Jared Carrabis when asked how his life would have been different had he been traded to Boston. “I always missed playing shortstop because it’s like playing point guard in basketball, or quarterback (in football). It’s what I’ve known ever since I was 10 years old. So, that would’ve been fun. I would’ve probably kept my No. 3.”

The ensuing script couldn’t have played out any better for the Red Sox, who kept Manny Ramirez (and Jon Lester) and didn’t deal Nomar Garciaparra until the MLB trade deadline. Boston won its first World Series title in 86 years that season, overcoming Rodriguez and the Yankees in the process by erasing a 3-0 deficit in the 2004 ALCS.

Rodriguez, one of the most polarizing players in MLB history, ultimately spent 13 years in New York, winning a World Series title in 2009. The Red Sox, meanwhile, won two more championships in that stretch (2007, 2013).

Although it’s easy to say now that everything worked out, Rodriguez has acknowledged he was disappointed at the time about not heading to Boston to play alongside David Ortiz, among others. He thought it would’ve made for both good theatre and multiple rings on his fingers.

“I’ve never been the person that says, ‘What if?’ — you’re putting me in a what-if situation — but I thought it would have been a good fit, I thought it would have been great for baseball, because it would have created Jeter at short (in New York) and me at short (in Boston),” Rodriguez told Ortiz and Carrabis. “I think it would have made a really cool story for baseball. That’s what really got me excited. And then the opportunity to win a championship. I knew Theo (Epstein) and Jared (Porter) and Larry Lucchino and John Henry, these guys are so damn good, so smart, so forward-thinking, that they had a crystal clear view of the future, and I thought with (Curt) Schilling, with Pedro (Martinez), that we could be world champions. And sure enough, I was right. I just wasn’t part of it.”

Who knows, maybe the Red Sox still would have enjoyed World Series success with Rodriguez in the mix. It’s just hard to imagine the years that followed being more entertaining than they actually were, however, because the Boston-New York rivalry certainly reached new heights with A-Rod in the Bronx. 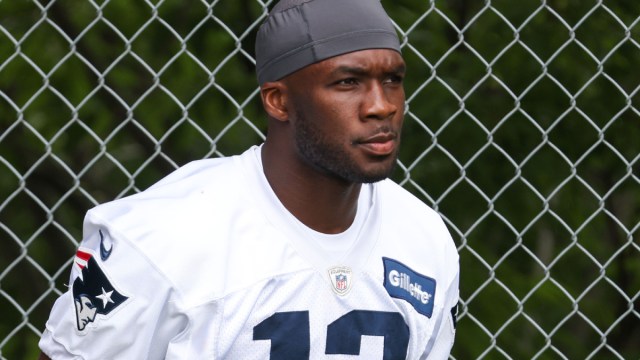 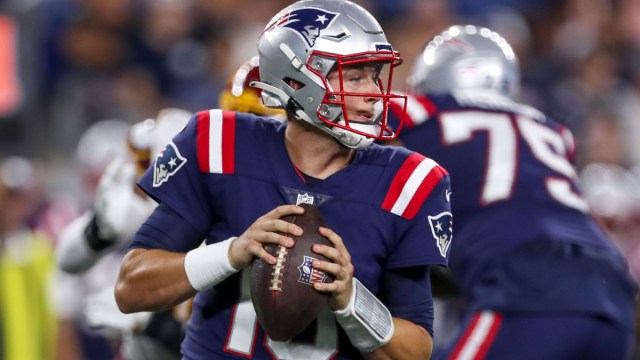 Why Mac Jones Was Wearing Knee Brace In Patriots-Eagles Practice