Dennis Schröder may have just vaulted into the Boston Celtics’ starting lineup alongside Jayson Tatum, Jaylen Brown and Marcus Smart.

Schröder, 27, confirmed he signed with the Celtics on Tuesday evening. ESPN’s Adrian Wojnarowski reported the deal was for one year and Boston’s $5.9 million taxpayer mid-level exception. Schröder reportedly wanted the full $9.5 million mid-level exception, which would have pushed Boston into the hard cap. This does not.

“This is one of the best franchises in NBA history and it will be a (honor) to put on the green and white and do what I love,” Schröder posted to Instagram.

Obviously it’s not much of a long-term play, but the Celtics getting Schröder on that cheap of a one-year contract is a win. He presents undeniable value and fills arguably Boston’s biggest need. The Celtics needed a point guard (and backcourt depth) after trading Kemba Walker to the Oklahoma City Thunder this offseason. They signed someone who started 61 games for the Los Angeles Lakers last season.

Schröder also should be motivated to put together a strong season in hopes of rebounding for a larger contract when he hits free agency next offseason.

Additionally, Schröder provides a real on-court impact. He averaged 15.4 points on 12.5 field goal attempts last season after having averaged 18.9 points on 14.8 attempts per game the season prior. He also contributed 5.8 assists on the LeBron James-led Lakers, which was the most in three campaigns. Schröder will not be called upon to lead the team offensively with Tatum and Brown, but if the Celtics needed to rely on him for shots, he’s showcased scoring capability.

And Schröder is lauded for his defensive play, as well. Lakers head coach Frank Vogel said last season his defensive presence was felt more so than that on the offensive end. That will be met fondly by president of basketball operations Brad Stevens and first-year head coach Ime Udoka. Schröder tied a career-best 1.1 steals in 32 minutes per game during his lone year in LA.

Is Schröder good enough to push Boston into the always referenced “contender” category? Well, probably not. But no point guard available at this point of the free agency period is, and the C’s didn’t go after any of them as they continue to put themselves in a better financial position for next offseason.

The Celtics — even with the addition of Schröder — will go as far as Tatum and Brown can take them. There’s no denying that. But there’s also no harm in bringing in a player like the eight-year veteran for the upcoming season to keep them competitive.

And while Boston’s biggest win comes in the short term — it’s a one-year deal, after all — the Celtics didn’t have to ruin their long-term aspirations. Schröder’s contract will come off the books and the Celtics will be in the mix of teams with the financial flexibility to target another star (cough, cough, Bradley Beal). 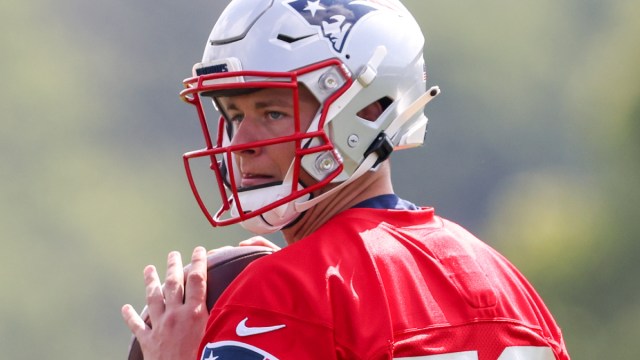 Why Trent Brown Believes Mac Jones Can Be ‘Special’ For Patriots 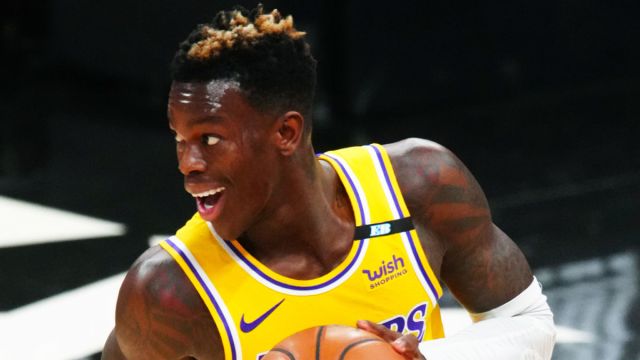