What Can Patriots Expect From New Corner Shaun Wade After Trade? Skip to content

Some thoughts on Wade and what his role might be in the Patriots’ defense:

Entering 2020, he was considered a potential first-round pick. ESPN’s Mel Kiper Jr. had him ranked seventh overall on his preseason big board. But after a miserable final year at Ohio State, he tumbled all the way to the fifth round, where the Ravens finally scooped him up with pick No. 160.

How bad was Wade’s 2020 season? According to The Athletic’s Dane Brugler, he was the only FBS player to allow 30-plus completions, 500-plus receiving yards and six-plus touchdown catches. He allowed a passer rating against of 118.4, per Pro Football Focus, after posting marks of 67.5 in 2018 and 69.9 in 2019.

Wade capped his college career by getting torched by Mac Jones and Alabama in the national championship.

This steep regression occurred after Wade shifted from the slot — where he aligned on 83 percent of his snaps in 2019 — to an outside role. Interestingly, the Ravens mostly used him as a wide corner this preseason, despite his struggles there in 2020.

— It’s unclear how the Patriots see Wade fitting into their defense.

They’ve been shallow at outside corner this summer, with Jalen Mills and Joejuan Williams filling opposite J.C. Jackson in the absence of Stephon Gilmore, who remains on the physically unable to perform list. Gilmore, who also is involved in an unsettled contract dispute, hasn’t played or practiced since last December. If he stays on PUP through cutdown day next Tuesday, he’ll be ineligible to play in the Patriots’ first six games.

New England’s slot depth also took a hit Thursday when top option Jonathan Jones limped off the practice field with an apparent lower leg injury. Jones missed time last week, too, and did not play in the Patriots’ second preseason game. The severity of his latest injury, which occurred just a few hours before the Wade trade was finalized, has not been reported.

When Gilmore and Jones both were sidelined during joint practices with the Philadelphia Eagles, Jackson and Williams manned the two outside spots, with Mills bumping into the slot. When Jones has been healthy, Mills has taken the majority of first-team reps in Gilmore’s usual position.

Some draft analysts also pegged Wade as a candidate to move to safety at the NFL level, so he could have some positional versatility.

Myles Bryant, Michael Jackson, Justin Bethel and Dee Virgin round out the Patriots’ current cornerback group, with Bryant splitting his time between slot corner and safety.

— Wade was targeted just once in 26 coverage snaps across two preseason games, per PFF, and that target resulted in an interception. He has good size at 6-foot-1, 196 pounds and is considered a physical player and sound tackler, which should make him a good fit for New England’s defensive attitude. PFF called him “one of the best tackling CBs” in this year’s draft class. Wade also is known for his athleticism, though an injury prevented him from testing at his pro day.

Pre-draft scouting reports criticized Wade’s technique in coverage, with Brugler dinging him for his “below-average route anticipation and understanding of spatial relationships in coverage.”

Here’s a sampling of those reports:

NFL Media’s Lance Zierlein:
“Teams could still be intrigued with Wade’s size and length, but he looked slow in recovery mode and lacked confidence and body control when attempting to match routes and stay connected in man coverage this past season. He doesn’t have shifty, short-area footwork to match quicker slots and was beaten badly as an outside corner when matched against future NFL talent. Wade needs to get his fundamentals right and find the right position and scheme fit in order to be more than an average backup in the league.”

The Athletic’s Dane Brugler:
“Wade has the athletic traits and length to stick with routes up and down the field, but his fundamentals quickly break down and he is too reactionary at the top of routes. While his versatility to play anywhere in the secondary is a positive trait, he hasn?t shown a natural feel at any specific position. Overall, Wade is an intriguing talent with his size, athleticism and ball skills, but his lax technique/awareness and uneven compete skills make him an enigma regarding his ideal NFL position and development trajectory.”

PFF’s Mike Renner:
“It was a terrible, horrible, no-good, very bad 2020 for Wade from start to finish. After taking 443 of his 528 snaps in 2019 from the slot, Wade returned to prove he could play outside corner and solidify his name in the first round like Jeffrey Okudah and Damon Arnette last year. That didn’t quite happen. He allowed over 100 yards in three different games and seven touchdowns on the year. While he was still the same physical presence, it was clear his feet are not tailor-made for outside corner. A switch to safety could be in his future.”

— The Patriots reportedly sent a 2022 seventh-round pick and a 2023 fifth-rounder to the Ravens for Wade, who was buried on a well-stocked depth chart and was unlikely to make Baltimore’s 53-man roster.

One day earlier, the Patriots acquired a 2022 sixth and a 2023 fourth in exchange for running back Sony Michel. 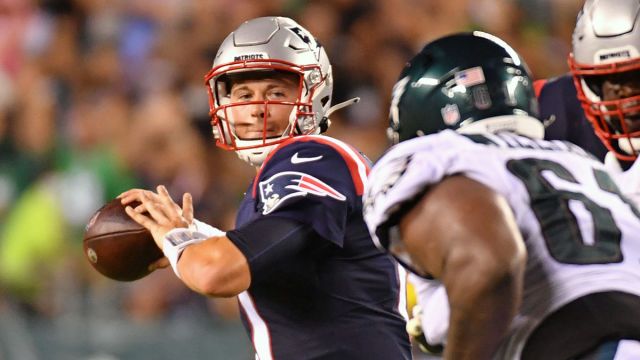 How Mac Jones Is Impressing Patriots Veterans Behind The Scenes 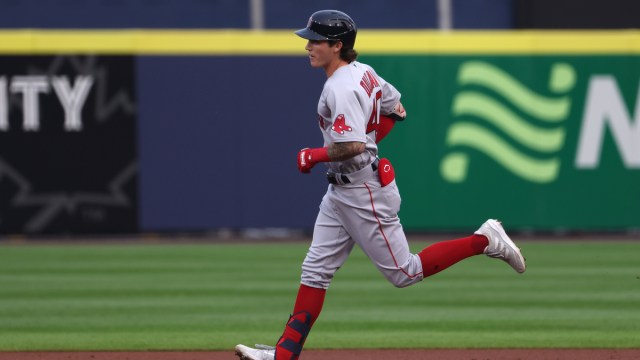