Harris racked up 98 rushing yards and 17 receiving yards over his first 24 touches in New England’s season-opening matchup with the Miami Dolphins. He was a major reason that the Patriots were in a position to leave Gillette Stadium with a victory over their AFC East rivals.

But on the third-year back’s final touch, with New England trailing 17-16 with 3:35 remaining, he finished a two-yard run by fumbling the ball on Miami’s nine-yard line. The Dolphins recovered, ran out the clock and picked up an important road victory.

Harris, who finished with 100 rushing yards, spoke postgame about the play that might have cost the Patriots a win.

“It’s a tough play,” Harris told reporters. “Obviously, I’ve gotta do a better job of holding onto the ball, especially in a critical situation like that. But it’s a long season, not gonna let this mistake define me. So, I’m just ready to move forward.”

When asked again about the fumble, Harris reiterated his desire to not dwell on what, as of now, probably is the lowest point of his career.

“I’m ready to move on,” Harris told reporters. “It’s a tough play, it’s part of the game. But, you know, I hold myself accountable and I’ll continue to do that. … I’m just ready to move forward, and I’m not gonna let this define me as a player.”

Harris can’t fumble in that spot — and he knows it. The Patriots will need every win they can get this season, especially against divisional opponents, and Sunday’s defeat might come back to haunt them. But the reality is that, even with the fumble, Harris probably was one of New England’s five best players on the field.

The top performer? That honor might go to rookie quarterback Mac Jones, who was as advertised in his first NFL start.

How Mac Jones Performed In Patriots’ Season-Opening Loss To Dolphins 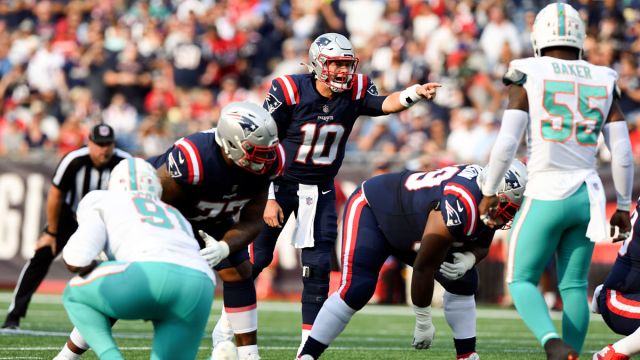 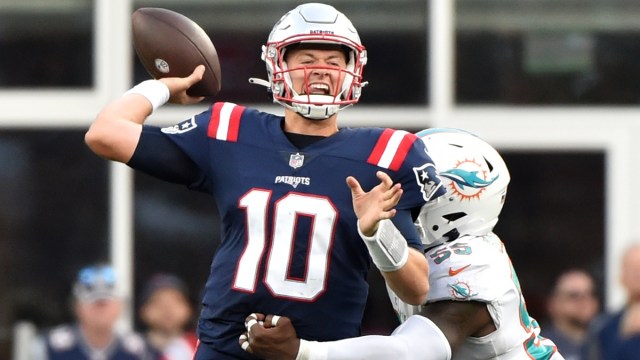 How Mac Jones Evaluated His Performance In Patriots’ Loss To Dolphins