One team that was almost immediately connected to Cam Newton after the quarterback’s release from the New England Patriots on Tuesday was the Dallas Cowboys.

Newton’s chances to land in Dallas, though, may have taken a hit just one day later with the Cowboys claiming Will Grier off waivers. We predicted Grier could be among the backup options for New England given the fact rookie Mac Jones is the lone quarterback on the active roster. That won’t be the case.

Grier now joins a depth chart in Dallas headlined by none other than Dak Prescott. The Cowboys also chose to keep Cooper Rush on the team’s initial 53-man roster while releasing Garrett Gilbert and waiving Ben DiNucci. It means the Cowboys currently have three quarterbacks on their 53-man.

Cowboys owner Jerry Jones noted how Rush’s institutional knowledge makes him a candidate with a “high bar” to remain as the backup.

It’s worth noting, however, Newton is far more experienced than either Rush or Grier.

Rush, 27, has completed just one pass in his three-year NFL career. He didn’t play in a game last season for the Cowboys, despite Dallas shuffling through quarterbacks following the season-ending injury of Prescott. Grier, 26, was a third-round pick out of West Virginia during the 2019 NFL Draft and has started just two games.

Newton, a former league MVP, started 15 games for the Patriots last season despite leading New England to an underwhelming 7-9 campaign. He has, however, looked better as a passer this preseason. If Newton is content with being a backup, Dallas, especially given the fact Prescott is returning from a compound fracture and dislocated ankle, may not be the worst place to try and get on the field.

Now we’ll just have to see how the signing of Grier impacts the team’s plans with regards to Prescott insurance. 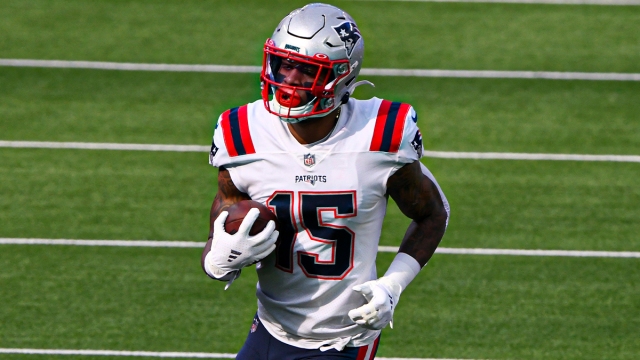