It’s hard to script it better than this — the Boston Red Sox will host the New York Yankees in a winner-take-all American League Wild Card Game on Tuesday at Fenway Park.

And as you might expect, manager Alex Cora is hyped about the matchup.

“We’ll be ready,” Cora said via Zoom following the team’s playoff-clinching defeat of the Washington Nationals. “It should be fun. I think baseball enjoys it. I think our fans will show up on Tuesday and make Fenway feel home. We wanted to play at home for a lot of reasons. But at the same time, having that last at-bat is always important.

It should be a fun atmosphere at Fenway Park.”

Outfielder Alex Verdugo had a more blunt response when he was asked about the atmosphere surrounding the playoff game.

“It’s gonna be nuts,” Verdugo told reporters. “I’ll tell you what, it’s better than being at Yankees. The fact that we get our home-field advantage and all that, it’s what we asked for. No one said this was going to be easy. We’re just going to go out there and play hard and do what we do.”

Xander Bogaerts also appeared on the Red Sox Twitter account with a video message from the champagne celebration in the clubhouse.

The AL Wild Card Game is scheduled for 8:08 p.m. ET on Tuesday and will be broadcasted on ESPN. NESN will air an hour of pregame and postgame coverage. 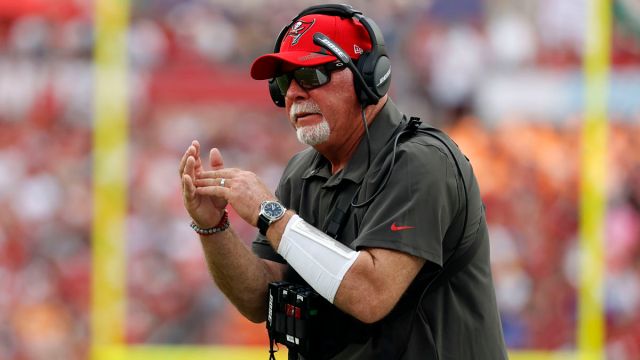 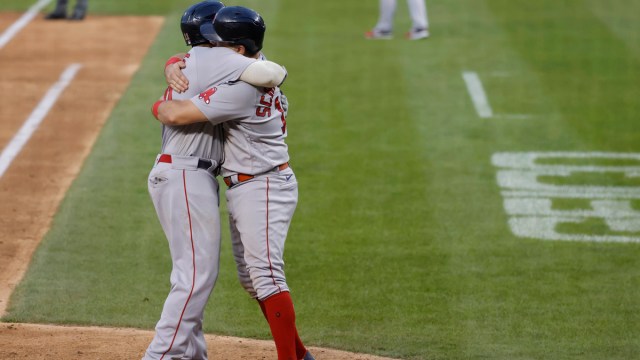