The New England Patriots planned to part ways with Stephon Gilmore regardless on Wednesday.

So, how did the Carolina Panthers wind up trading for him?

Panthers general manager Scott Fitterer offered an explanation after the trade was finalized.

“He’s such a quality guy, a veteran presence,” Fitterer said on SiriusXM NFL Radio’s “Movin’ The Chains.” “He’s got a lot to offer our young group that we have here. Really, the opportunity kind of came about, we started hearing things about it (Tuesday) night, and then (Wednesday) morning, something came out on the Internet that he was being released.

“So Pat Stewart, who is our VP of player personnel, called up to (Patriots director of player personnel) Dave Ziegler, and they started conversations, and as the morning went on, you heard, ‘Hey, teams are getting involved. You may have to trade for him now.’ So instead of just waiting and seeing what happened and waiting for him to be released, we just thought we’d be aggressive and go out and take a shot on him. We just love what he’s going to bring to our organization.”

Stewart spent a decade in New England’s scouting department earlier in his career, so he had a prior relationship with Ziegler and the Patriots. Ultimately, the Panthers agreed to acquire Gilmore in exchange for a 2023 sixth-round draft pick — a modest return for the NFL’s 2019 Defensive Player of the Year.

Gilmore’s departure from New England came after a prolonged contract dispute. The 31-year-old was unhappy with his 2021 base salary of $7 million, and he and the Patriots were unable to come to terms on a new deal or restructure.

The 31-year-old won’t immediately receive a new contract in Carolina, however. Fitterer confirmed the cornerback is willing to play out the final year of his current contract, with extension talks potentially commencing down the road.

“We’re open to extending him,” said Fitterer, who lives next door to Gilmore’s offseason home in Charlotte. “We want to get him here, take a look at him, see how he is health-wise, how he fits in. I know he wants to be here. He’s a South Carolina guy. So we’re open to extension talks with him, as well. We can fit him in. … We’re very open to working out a deal.”

Since Gilmore is on the physically unable to perform list, he is ineligible to play until Week 7, meaning he must sit out his first two games with the Panthers. Fitterer said he expects Gilmore to be active for the team’s Oct. 24 matchup with the New York Giants. Carolina hosts New England two weeks later.

Panthers head coach Matt Rhule said the Gilmore trade was a no-brainer for his team.

“I think anytime you can get a (former) All-Pro player for a future sixth, we’re going to do it, right?” Rhule told reporters, via ESPN.com. “… This was just one of those things where it was too good to pass up. He’s too good of a player and he’s from here. Football character-wise, he just adds to the core of what we are.”

The Patriots will move forward with J.C. Jackson and Jalen Mills as their starting outside cornerbacks, with Jonathan Jones manning the slot and Joejuan Williams, Shaun Wade and Justin Bethel rounding out the depth chart. 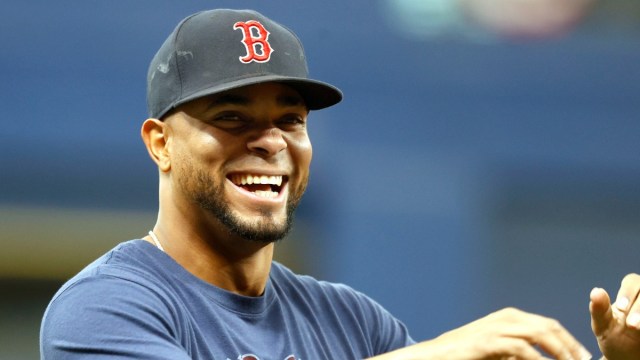 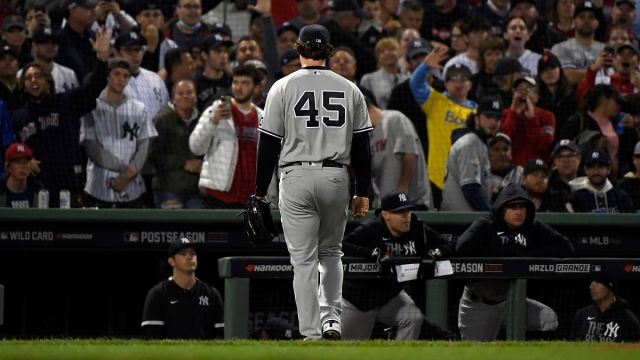