Major League Baseball has been awesome in 2021.

From Shohei Ohtani’s two-way excellence to Vladimir Guerrero Jr.’s Triple Crown quest, and everything in between, there was no shortage of superstar-driven drama throughout the regular season.

Heck, the American League wild-card chase came down to the final weekend before the Boston Red Sox and New York Yankees punched their tickets to the playoffs.

Well, perhaps we ain’t seen nothin’ yet, as the MLB postseason is just getting started. And we’ve already had a couple of entertaining Wild Card Games, with the aforementioned Red Sox knocking off the Yankees in the American League on Tuesday night and the Los Angeles Dodgers beating the St. Louis Cardinals in walk-off fashion on Wednesday night.

We asked our NESN Digital team to give their World Series predictions ahead of Opening Day, so we might as well circle back and give revised Fall Classic picks now that we’re into October. After all, opinions can change over the course of six months.

Lauren Campbell: Rays over Giants
The Rays are a complete team, through and through, and never had to worry too much about workload for their players during the season. The Giants impressed in the regular season with 107 wins, and it certainly would be a battle if the league’s best teams fought to be MLB’s champion.

Jenna Ciccotelli: Rays over Giants
No surprises here — at least not until the very end. This year’s Fall Classic will have two of the winningest teams of the 2021 season. And while the Giants were able to put everything together on both sides of the ball to rank among the league leaders in team batting average, home runs and ERA, it won’t be enough to get past a dynamic Rays group.

Mike Cole: Brewers over Astros
Milwaukee finally breaks through, with Craig Counsell playing the matchups to relative perfection throughout October. It’s hard to find a better combination of top-level starting pitching and elite relievers in the entire field (Devin Williams’ idiocy notwithstanding), while the offense will find a way to put its occasional struggles behind them for three weeks.

Ricky Doyle: Brewers over White Sox
Milwaukee gets it done the old-fashioned way: with starting pitching and defense. Corbin Burnes and Brandon Woodruff don’t get enough credit for how good they’ve been atop the Brewers’ rotation, and Freddy Peralta has an opportunity to be this postseason’s breakout star as Milwaukee’s third starter. Among hurlers with at least 140 innings pitched this season, Burnes, Woodruff and Peralta rank among the National League’s top seven in both FIP and strikeout rate, giving the Brewers a good chance to stymy the solid offenses they’ll inevitably face en route to tasting champagne.

Adam London: Rays over Dodgers
I acknowledge that predicting a World Series rematch is both safe and boring, but how can you not be high on both of these teams? Tampa Bay virtually has no holes, as it amassed 100 regular-season wins on the strength of a complete, versatile pitching staff and a potent lineup that’s provided even more pop than most likely expected. The Dodgers are dealing with some key injuries, but they still have a tremendous 1-2 punch in Max Scherzer and Walker Buehler to go along with plenty of offensive firepower. Both teams obviously should benefit from postseason experience, too.

Marcus O’Mard: Rays over Dodgers
Los Angeles’ playoff experience will help it emerge from the tough National League bracket, while Tampa Bay’s energy and focus will lift it out of the American League’s. The Rays will triumph in the rematch of the 2020 Fall Classic largely because of their hunger to overcome the sting of last year’s defeat.

Logan Mullen: Rays over Giants
The Rays are a legit contender once again, and I roll with them here because while I have them runningh into a fantastic team in the Giants, it’s not a buzz saw like the 2020 Dodgers. Tampa has it all: Pitching, offense, defense. And while the Rays’ path to the World Series is tough, the fact they are so deep at seemingly every position makes them built for the postseason. This is the year they push through.

Dakota Randall: White Sox over Giants
So, let me get this straight: the White Sox have one of the best rotations, bullpens and offenses in all of baseball, and only one other person on the staff picked them to make it to the World Series? Why, because their defense is middle of the road?

Chicago is loaded with high-end talent, including a player in Luis Robert whom some call “The Cuban Mike Trout.” Sure, they don’t have much postseason experience on the roster, but that sort of thing is overrated. The White Sox will face the best wire-to-wire team in the National League — lest we forget — and come out on top. 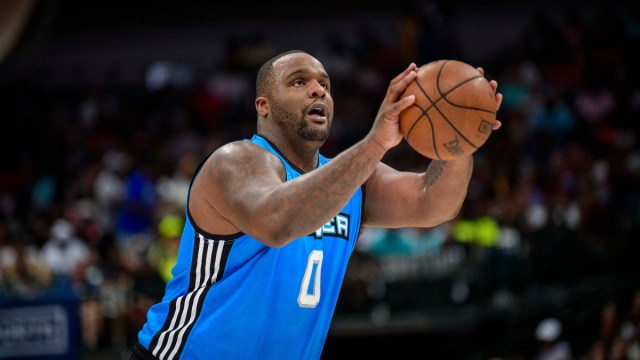 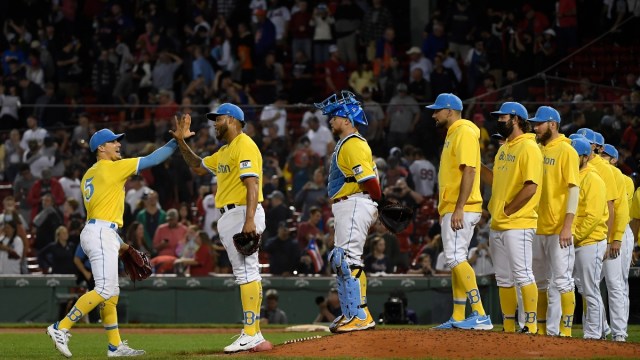