The Red Sox are en route to the American League Division Series thanks to a 6-2 Wild Card game win against the Yankees on Tuesday night.

Boston was busy celebrating its victory over New York by popping bottles and tweeting out appreciation for the fans who made their way out to Fenway Park on a chilly October night. And what’s a celebration without a little shade?

You may remember the Yankees reportedly submitted to Major League Baseball that they’d prefer to play the Red Sox in a tiebreaker should it come down to that. While one could argue it made sense given the fact New York swept Boston a week prior, it was the perfect excuse for the Red Sox to throw that back in their face.

“You wanted Boston? You got Boston,” the Red Sox tweeted with a video of their celebration.

The Red Sox now shift their focus to the Tampa Bay Rays who they’ll face in Game 1 of the ALDS on Thursday night at 8:07 p.m. ET. 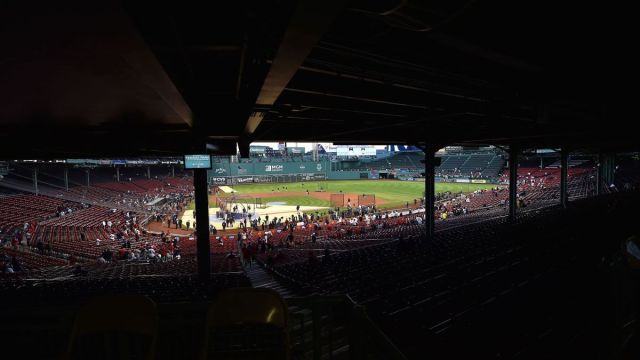