Breaking down snap counts and play percentages from the New England Patriots’ 33-21 loss to the Buffalo Bills on Sunday:

— We expected Kendrick Bourne to see an increased workload with Nelson Agholor sidelined with a concussion. Those snaps instead went to N’Keal Harry.

Harry was on the field for all but three of New England’s offensive snaps (a career-high 95%), outrepping even No. 1 receiver Jakobi Meyers (75%). It was the first time this season that Meyers did not lead all Patriots wideouts in playing time.

The edge went to Harry because he is part of the Patriots’ super-jumbo package, which features Mike Onwenu as a tackle-eligible and just one wide receiver. His season-high snap rate entering Sunday was 53%.

Although Harry was more involved than he had been in any game in his NFL career, he wasn’t any more productive. The 2019 first-round draft pick finished with just two catches on six targets for 15 yards in the loss. His low point: an ugly drop that preceded a Mac Jones interception (which also came on a pass to Harry).

Though he’s brought value as a formidable run blocker, Harry hasn’t caught more than two passes in any game this season. Over the last two weeks, in losses to the Indianapolis Colts and Bills, he’s seen 11 targets from Jones and caught just four of them.

— Bourne was activated off the reserve/COVID-19 list in time to play Sunday, but the Patriots seemed to manage his workload after he missed all three practices last week. He played a modest 47% of snaps, wasn’t part of every three-receiver set and wasn’t targeted until the fourth quarter (four targets, two catches, 33 yards).

Wideouts Gunner Olszewski (four snaps) and Kristian Wilkerson (three) both made cameos on offense, with Olszewski taking picking up 9 yards on a jet sweep.

— As he did in the first Patriots-Bills meeting, Onwenu (17 snaps) saw a lot of work as a jumbo tight end.

— Hunter Henry (55 snaps) saw significantly more playing time than fellow tight end Jonnu Smith (21), often teaming up with Onwenu in heavier personnel packages. The inverse was true when the Patriots visited Buffalo in Week 13, with Smith playing 39 snaps in that game to Henry’s 15.

— With Rhamondre Stevenson on the COVID list, the Patriots employed a two-man backfield rotation, with lead back Damien Harris playing 31 snaps and pass-catcher Brandon Bolden playing 34. J.J. Taylor dressed but did not play.

Bryant was given a similarly heavy workload in the first Patriots-Bills matchup (93%), which Dugger missed following a positive COVID test.

Dugger’s 63% snap rate Sunday was his second-lowest of the season (and lowest in a game from which he was not ejected). Phillips’ 73% was his third-lowest.

The Patriots’ defensive game plan seemed to revolve around containing Josh Allen, but they failed to do so. Allen completed 30 of 47 passes for 314 yards and three touchdowns, wasn’t sacked, didn’t turn the ball over and rushed for a team-high 64 yards.

In a surprise move, the Patriots chose to elevate Ross from the practice squad and deactivate rostered cornerbacks Joejuan Williams and Shaun Wade, both of whom were healthy scratches. Williams, a 2019 second-rounder, has been a healthy inactive for each of the last two games. 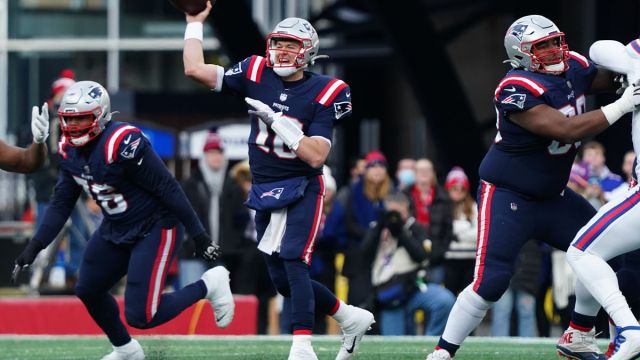 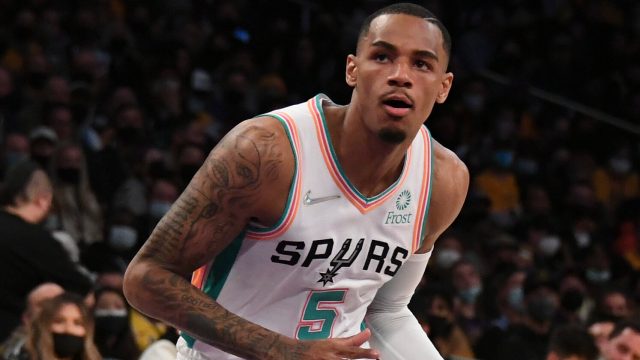