His performance Sunday was far from championship-caliber.

Jones hit on a number of impressive deep balls in the New England Patriots’ Week 18 matchup with the Miami Dolphins, but those were overshadowed by his two glaring miscues: a pick-six on his first pass of the game and a fumbled snap while the Patriots were driving in the third quarter.

With Jones’ teammates also struggling through an inconsistent, mistake-riddled outing, New England fell into an early 17-point hole en route to a 33-24 loss that closed out the regular season. After the game, the rookie quarterback delivered a harsh self-assessment.

“I think we just need to execute better, and that starts with me,” Jones told reporters. “Just in practice, in the game — like, you’ve got to go out there and do much better than we did today. It’s super embarrassing, honestly, just from my point. Just how I played wasn’t good enough. I can be better, and it starts with me. I’m the quarterback, and that’s my job, to make people around me have success. It starts with me.

“We’ll get it fixed. You’ve got to watch the film and learn from it and realize how embarrassing it is to play that way. But at the same time, we’ve got a great opportunity next week, and that’s all you can ask for.”

On his interception, which came on third-and-1 on New England’s opening drive, Jones said he didn’t see cornerback Xavien Howard, who was lurking outside of intended target Jakobi Meyers.

“I’m not going to get into the logistics,” he said. “I knew what coverage they were playing. I just didn’t see the outside guy, and I threw it too wide. It was my fault. But it was just Cover 2. There’s nothing to it. It’s simple. I’ve got to read it out and do a better job getting the ball to the right guy.”

The fumble came while left guard Ted Karras briefly replaced starter David Andrews at center. Neither Jones nor head coach Bill Belichick revealed the reason for that switch, but the CBS broadcast said it was equipment-related.

Karras is a highly experienced snapper — he started 15 games at center in 2019 and 16 in 2020 — but has rarely worked with Jones in-game. But Jones said that shouldn’t have mattered.

“I’ve been doing that since Pop Warner, just get the ball from the center,” Jones said. “It doesn’t matter who the center is. It wasn’t Ted’s fault. It was my fault. I’ve got to get the ball and hand it off to the running back. It’s not like it was some giant play that required a bunch of things. You never want those things to happen, but now we know during pre-practice we can get more work. Just get back to the fundamentals of it.”

Jones’ interception spotted the Dolphins a 14-0 first-quarter lead. His fumble, which came just outside the red zone, spoiled a prime scoring opportunity with New England trailing 24-10 late in the third. Two fourth-quarter touchdown drives cut the Patriots’ deficit to three, but they could not complete the comeback.

A similar pattern played out in recent losses to the Indianapolis Colts and Buffalo Bills, in which the Patriots trailed by double digits — 20-0 and 17-7, respectively — rallied late to get within one score and then ultimately fell short.

“We put the other units in kind of a bad position with the way we played,” said Jones, who went 20-for-30 for 261 yards and a touchdown with one pick in Sunday’s defeat. “You can’t blame or point fingers on anybody besides me and the offense. And we know we can play better. We have great players on our offense, and we know that that wasn’t our best product in terms of execution.

“I think we definitely fought hard, but we’re coming up short. So if we can combine the execution part and the effort together, I think the result will be a lot better.”

It’ll need to be better when the Patriots visit either the Buffalo Bills or the Cincinnati Bengals in the wild-card round. As special teams captain Matthew Slater stressed Sunday, another performance like Sunday’s would lead to a swift playoff exit. 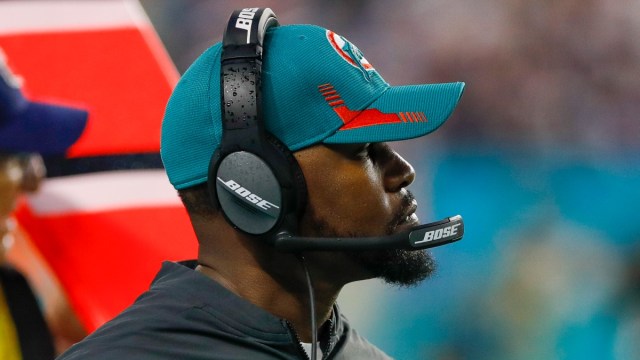 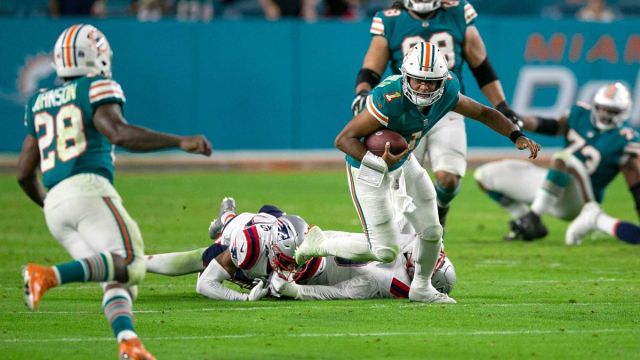