David Ortiz is headed to the National Baseball Hall of Fame.

The longtime Boston Red Sox slugger secured his place in Cooperstown on Tuesday night in just his first year on the ballot. Ortiz joins Wade Boggs, Pedro Martinez, Carl Yastrzemski and Ted Williams as the only players in Red Sox history to accomplish that feat.

The Red Sox released a statement after the announcement to congratulate the three-time World Series champion, with principal owner John Henry, chairman Tom Werner and president and CEO Sam Kennedy all showing love for Ortiz.

John Henry
“There are countless reasons why David is deserving of this honor, beginning with three World Series trophies that we would not have without his heroics on the field and his leadership. He was critical in transforming the narrative around the Red Sox from one of curses and superstitions to tales of clutch moments and a collection of championships. David’s most meaningful and profound contributions, however, are not fully reflected in trophies and awards, but rather on the faces of every player held in David’s bear-hug embrace over the years, by our memories of stirring dugout rally speeches, and with his fist raised in solidarity with our community during its darkest hour. For the past two decades, David has meant the world to us and we are proud that Cooperstown will be another stop on his supremely impactful journey. Congratulations, David.”

Tom Werner
“It has been a privilege to watch David’s storybook career in Boston for fourteen years and three World Series Championships. This honor only confirms what many of us at the Red Sox and throughout New England already knew: that he is not only one of our greatest players, but one of baseball’s greatest players. Even now, as the sole BBWAA ballot inductee, he continues to stand out in the same way he did throughout his playing career. David, you deserve to take your rightful place alongside the Hall of Fame’s legends. Congratulations on this special recognition.”

Sam Kennedy
“David Ortiz is the most important player to ever wear a Red Sox uniform. He came to Boston in relative anonymity and with his captivating personality and his formidable bat he shattered expectations and paved the franchise’s future in championships and Duck Boat parades. The record numbers he put up and the dedication he showed in meticulously honing his craft is deserving of first ballot entry into the Hall of Fame. David, Boston and Fenway Park will always be your home but we will make an exception for Cooperstown. Congratulations, my friend. Enjoy your moment.”

Ortiz officially will be inducted into the Hall of Fame with a ceremony in Cooperstown on July 24. 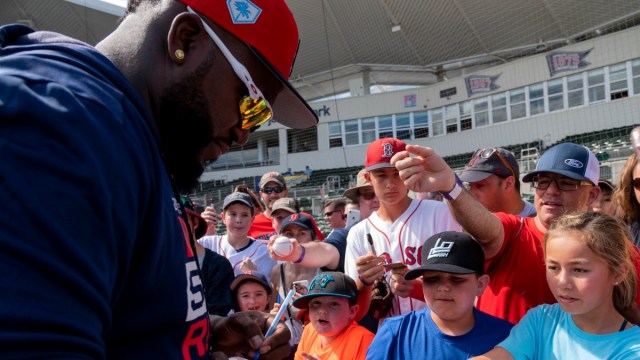 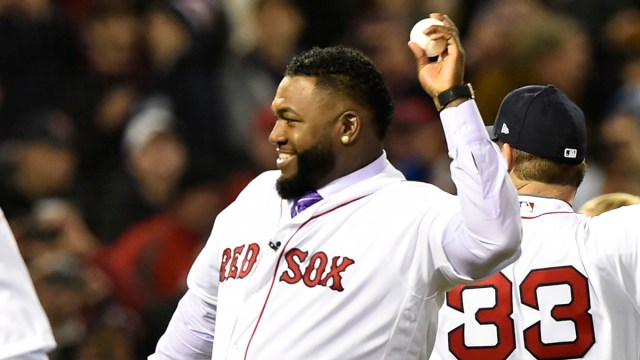