FOXBORO, Mass. — Kristian Wilkerson did Sunday what N’Keal Harry failed to one week earlier: capitalize on his opportunity.

Seeing the first extended playing time of his NFL career, Wilkerson caught two touchdown passes in the New England Patriots’ 50-10 demolition of the Jacksonville Jaguars at Gillette Stadium. It was a breakout performance for the practice squad wide receiver, who entered Sunday with zero career receptions.

It also might have been the death knell of Harry’s Patriots tenure.

With starting wideout Nelson Agholor (concussion) unavailable for the second straight week, the Patriots elevated Wilkerson to their gameday roster, just as they’d done against the Buffalo Bills seven days earlier. But for this game, they chose to deactivate Harry, who’d played 95% of offensive snaps against Buffalo.

Despite his heavy workload, Harry had managed just two catches on six targets for 15 yards in 33-21 Patriots loss — a characteristically inconsistent performance headline by a costly drop. Evidently discouraged by that meager production, the Patriots opted to make the 2019 first-round draft pick a healthy scratch for the first time in his pro career.

Wilkerson gave them no reason to alter that plan moving forward. The 2020 undrafted free agent delivered against a COVID-depleted Jaguars defense, catching more passes in the first half (three) than Harry has in any game this season. Wilkerson finished with four catches on eight targets for 42 yards and the two scores after failing to haul in a few late deep balls from quarterback Mac Jones.

“I think I found out Friday or Saturday (that I’d be playing),” Wilkerson said after the game. “I was just ready to go. I prepared all year for this, so it finally came. Hopefully, I did what I did. But we got the win, so that’s the best thing.”

Wilkerson has been with the Patriots since September 2020, remaining with the team despite offers last season to join an active roster elsewhere. The 24-year-old made an early push for a roster spot this summer but was derailed by a rash of drops and landed on the practice squad. Still, he showed good chemistry with Jones during the preseason, leading the team with 13 catches on 17 targets for 174 yards across three exhibition appearances.

“I think that’s just a great example of someone being ready for their opportunity,” the QB said.

Last week, head coach Bill Belichick shared an encouraging review of Wilkerson’s behind-the-scenes progress, saying he typically mimics the opponent’s No. 1 wideout on the scout team and is tough for New England’s starters to cover.

“Wilk is a hardworking kid,” the coach said. “He normally plays the top or one of the top receivers of our opponents for our defense, so he gets targeted a lot in practice. But he’s always ready to go when we’ve had injuries or guys that needed to step in, didn’t practice or that type of thing. He’s stepped in and is always well-prepared, knew what to do and has been productive in practice.

“It was nice to see him get the opportunity today and take advantage of it, cash in and play well. He also played in the kicking game. He was able to contribute there. Just overall he?s helping us in both phases of the game, and the more you can do.”

“Just understanding where he came from, undrafted, guys probably doubting you, you’re just waiting on your moment, working hard every day,” said Meyers, who caught all eight of his targets Sunday for 73 yards. “He’s in here at 6 o’clock every morning. Seeing him go out there and make plays that we all knew he could make — now everybody gets to see it. I’m real happy for him.”

Agholor’s return, whether that comes in next Sunday’s regular season finale against the Miami Dolphins or in New England’s postseason opener, will push Wilkerson down a rung on the depth chart. But he made a compelling case for remaining above Harry in that hierarchy.

Harry brings value as a run blocker, but attempts to consistently involve him in the passing game have failed time and again. In 11 games this season, the hulking Arizona State product has just 12 catches on 21 targets for 184 yards and no touchdowns. Over his three-year NFL career, he’s caught just 55.9% of his passes, which ranked 163rd out of 173 players with 100-plus targets entering Sunday.

Any decisions about Harry’s future with the team — he has one year left on his rookie contract — likely won’t be made until the offseason. But he might not leave the bench until then. 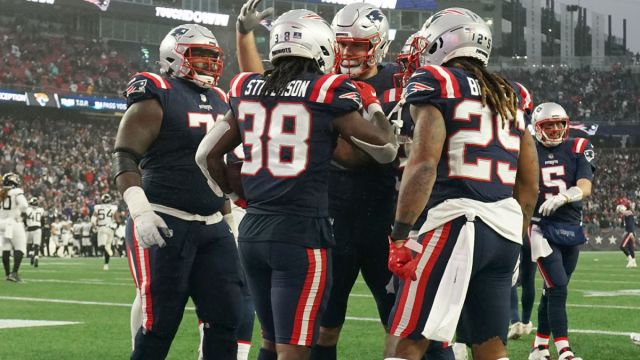 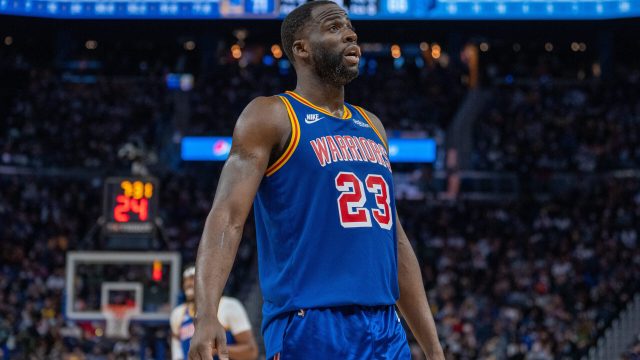