Sometimes things just happen naturally, like the postgame hug shared between Jeremy Swayman and Linus Ullmark after a Bruins win.

The Boston tandem have been going in for the hug after each win since the start of the season.

Swayman and Ullmark clearly have hit it off and built chemistry during their short time working together, and the veteran was praised by the rookie for his mentorship and taking him under his wing so quickly.

“It just goes to show what kind of person he is. He’s a veteran guy. He knows exactly where I am in my career being new and just happy-go-lucky, excited to be there,” Swayman said during an interview with NHL.com. “But at the same time, needing to learn a lot of things as well. And right away, he was that mentor for me, like (Tuukka Rask) in a way, he took it with open arms, and he’s like, ‘Hey, if you need anything off ice or on ice,’ I can assure you like, the hugs happen on practices.

“It’s great. It’s just a great thing to be around him and he brings a great smile every day and it’s really fun to have that kind of a goalie partner that you get to compete with and you want the best for each other at the same time. And obviously, what’s best for the team. So I think we got a really good thing going.”

So, how exactly did the hug come to be?

“It was, it’s kind of natural, you know, it kind of happened,” Swayman said. “I think it was after the first home opener and Linus came in hot and the arms went up and it was a hug, so I don’t think it’s leaving, it was perfect.” 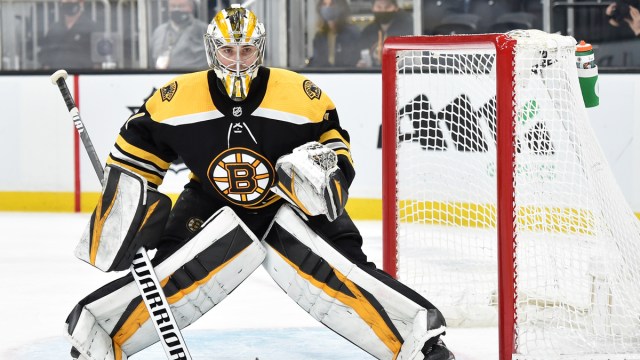 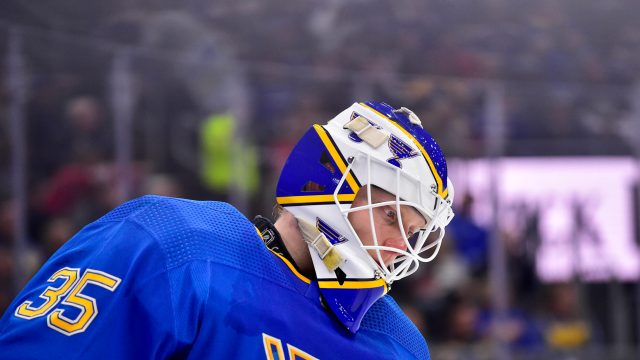 Ville Husso will start in goal for the St. Louis Blues on Saturday