The Boston Red Sox won the first game of a quick two-game road set against the Atlanta Braves, 9-4, at Truist Park on Tuesday.

ONE BIG TAKEAWAY
Did Alex Cora’s clean-shaven look work? It did on Tuesday.

Whether it was Cora’s new look or Devers taking the Red Sox offensive struggles into his own hands, fans will be happy to see some runs on the board. Boston scored six runs for the first time since April 27, only the third time they’ve done so this season.

Boston seemed to have a more patient approach and was consistently starting rallies as a result. The offense was held scoreless from the explosion in the second inning until the ninth, where former Red Sox Tyler Thornburg had a meltdown. That said, they took a step in the right direction by getting on base regularly throughout the game and looked like a different lineup. It was also positive to see the offense get some run support in the ninth inning to aid a bullpen that leads the MLB in blown saves.

STARS OF THE GAME
— Rafael Devers did something the 2022 Red Sox are not prone to doing. He delivered not only with runners in scoring position, but with two outs as well. The Red Sox offense struggled in both of those areas heading into Tuesday night. The superstar third baseman hit a grand slam in the second inning to extend their two-run lead to six. Devers also doubled in the fourth inning.

— Tyler Danish held the Braves at bay for two innings after an uncharacteristically shaky start from Whitlock. Danish finished with a hit allowed and two strikeouts.

— John Schreiber got the first save of his career, pitching two scoreless innings with three strikeouts.

WAGER WATCH
The Red Sox jumped out to an emphatic lead in the second inning thanks to a grand slam by Devers. The slugger had +295 odds on DraftKings Sportsbook to hit a home run against the Braves on Tuesday. A $100 bet on Devers would have paid out $395.

ON DECK AT NESN
The Red Sox will play the second and final game of the series against the Braves at Truist Park on Wednesday. First pitch is scheduled for 7:20 p.m. ET following an hour of pregame coverage, and you can watch it all on NESN. 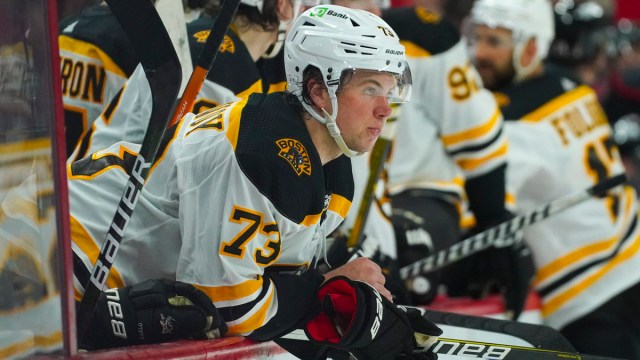 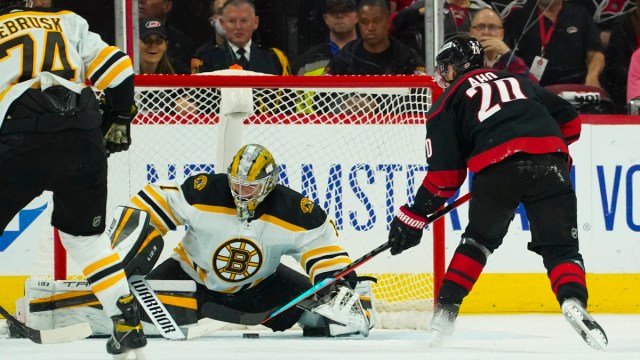 Who Starts In Net For Bruins In Game 6? Bruce Cassidy Non-Committal