The Boston Red Sox opened up their nine-game homestand with a 6-1 win over the Oakland Athletics at Fenway Park on Tuesday.

Being able to get the job done in a myriad of ways is something special in today’s age. The Red Sox did that by putting together gems from the offense, defense and pitching staff.

The offense started the game by playing small ball, capturing their first two runs by way of an RBI single and a sacrifice fly. Then they started clubbing the ball, with J.D Martinez and Rafael Devers crushing home runs in back-to-back frames to balloon the lead to six runs by the end of the fourth inning. Boston continued to hit throughout the game, getting runners on in six of the eight innings they came to bat.

Defensively, Boston flashed the leather to aid Nick Pivetta in his terrific performance. Preventing yourself from committing any errors is nice, doing stuff like this is even better:

The pitching staff was lead by Pivetta, who has been Boston’s best starter since the start of May. Over his last eight starts, Pivetta has allowed just 11 earned runs in 54 innings pitched. That’s good for a 1.83 earned run average over five weeks of work. Phillips Valdez came in to lock down the final frame for Pivetta, leaving the door open for a bullpen game on Wednesday, something manager Alex Cora seemed keen on headed into Tuesday.

STARS OF THE GAME
— Devers is always a star, but his three-run jack pushed him to the top of our list on Tuesday. He finished with three RBI and a pair of runs scored.

— Pivetta continued his dominance against the Athletics, going eight innings and allowing only one run in the victory. His season-long ERA is down to 3.52.

— Rob Refsnyder continues to get it done offensively and defensively in his second stint with the major league club this season. He had three hits on Tuesday and added another fabulous defensive play.

WAGER WATCH
Bobby Dalbec has started to turn things around for himself over the past few weeks. For those looking to take advantage of his newfound stroke, DraftKings Sportsbook set the odds at Bobby D hitting a single in his first at-bat at +500. A $100 bet on the prop would have paid out $600 total.

ON DECK AT NESN
The Red Sox and A’s will return to Fenway Park on Wednesday to continue their three-game set. First pitch is scheduled for 7:10 p.m., and you can watch the game, plus an hour of pregame coverage on NESN. 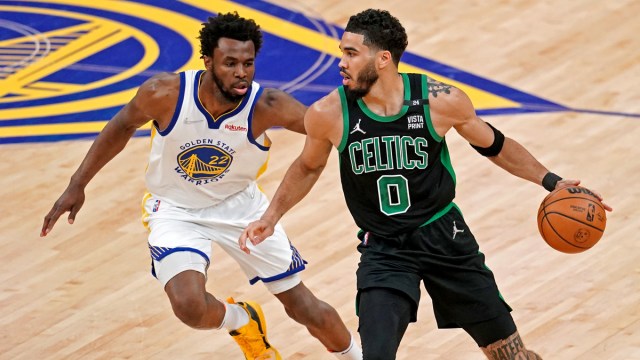 Are Jayson Tatum, Celtics Running Out of Gas In NBA Finals Vs. Warriors? 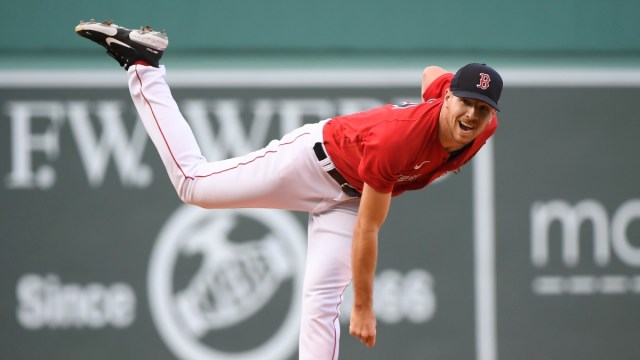