FOXBORO, Mass. — For Josh Uche and Anfernee Jennings, a deep well of pass-rushing knowledge is just a few feet away in the Patriots locker room.

Uche’s and Jennings’ lockers are stationed directly next to Matthew Judon’s, and the Pro Bowl edge rusher always is willing to lend a hand.

“(They) sit right next to me in the locker (room),” Judon said Monday. “So when we’re watching film between meetings or right before practice or after practice, we’re just talking about stuff we see. Me, (Jennings) and Uche. And that makes us all better, because we all see the game differently.”

Judon says his veteran perspective — he played five years for the Baltimore Ravens before joining the Patriots last offseason — allows him to spotlight angles and nuances that the less experienced Uche and Jennings might miss.

“We might get the same block, or we might get different stuff because we are different rushers,” Judon explained. “So how we approach the game and how we look at the game — we just see stuff different, and I’ve played a little bit more football than those guys on different teams and in different systems, so I can say, ‘All right, if you get this (look), then do this.’

“And I think they’re taking that, especially with the coaches teaching them, and transitioning it out here (in practice). But we’ll see when we go against different competition.”

Uche and Jennings are entering their third pro season after being selected in the second and third rounds of the 2020 NFL Draft, respectively. Neither has developed into a consistent defensive contributor to this point, but both are seeing increased opportunities this summer following the departures of Super Bowl-winning linebackers Dont’a Hightower, Kyle Van Noy and Jamie Collins.

“Judon’s a great mentor,” Uche said. “That’s probably one of the best resources I have in terms of football knowledge. Just also a great person and great personality in terms of uplifting guys. It’s just great. I get to look to my left and Anfernee and Judon are right there, and we’re just talking ball.”

Jennings, in particular, has seen his stock rise in training camp after missing all of last season with an injury. The Alabama product repped in Judon’s spot on the top defensive unit last week when the latter missed two practices.

Judon hopes he can help trigger breakouts from his third-year position mates. But he downplayed the notion that he’s taking on a larger leadership role in his second Patriots season.

Ja’Whaun Bentley is the leader of New England’s linebacking corps, Judon said, with Devin McCourty and Lawrence Guy filling that role for the secondary and defensive line, respectively. All three have served as team captains in the past.

“I’m not going to lie, Bent is our leader,” Judon said. “8 is our leader, and we’re all rallying behind him. That’s who our leader is. And on our defensive line, we’ve got (Davon) Godchaux, we’ve got LG. I just come out here and work, and whatever I can instill in other people or steal from other people, that’s all this game is about. …

Judon was arguably the Patriots’ best defensive player in 2021, but the team will be hoping for a stronger finish from the soon-to-be 30-year-old. He needed just 13 games to tie the Bill Belichick-era single-season franchise record for sacks (12 1/2) but totaled zero sacks, one quarterback hit and one tackle for loss over the final five games, including playoffs. 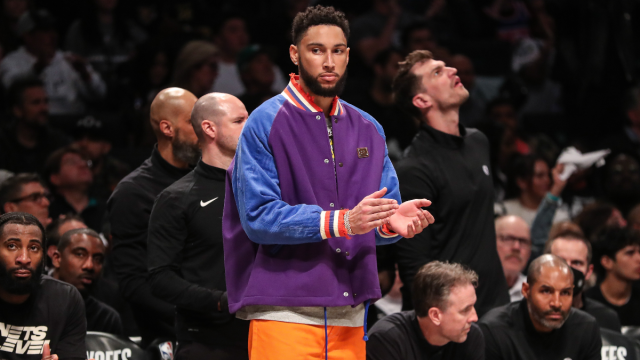 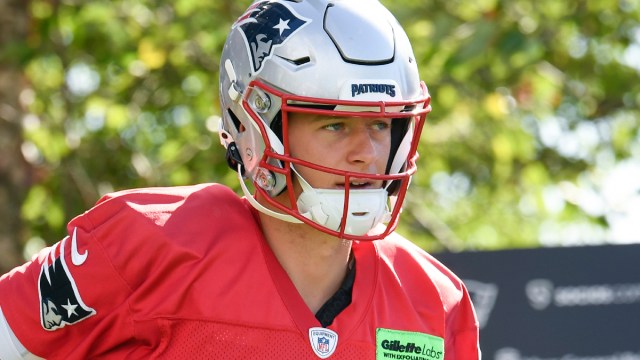