FOXBORO, Mass. — Lil’Jordan Humphrey has been an afterthought since the Patriots signed him in mid-June.

That might be about to change — if it hasn’t already.

Humphrey, 24, joined New England after three largely nondescript seasons with the New Orleans Saints. He appeared in only eight combined games over his first two seasons before increasing to 10 last season, though he did miss time due to an ankle injury. Humphrey set career highs in 2021 with 13 catches, 249 yards and two touchdowns while playing 45 snaps on special teams.

Obviously, Humphrey’s production with the Saints was nothing to write home about. And the fact he went undrafted in 2019 helped to ensure he carried little buzz into free agency.

But Humphrey has ideal size at 6-foot-4, 225 pounds and is an underrated talent. Those qualities and more have been on display at Patriots training camp, during which Humphrey has been consistently impressive with the second- and third-team offenses. He also has seen an increased workload on special teams.

Humphrey’s hard work culminated in a strong showing last week against the New York Giants, as he caught six passes for 62 yards and a touchdown. He enjoyed an even better performance Friday night against the Carolina Panthers.

Humphrey hauled in five catches for a team-leading 71 yards in the Patriots’ 20-10 preseason win at Gillette Stadium. His top play in the passing game was a 26-yard connection with rookie quarterback Bailey Zappe.

After the game, Mac Jones spoke about the connection he’s developed with Humphrey since June.

“Yeah, I think L.J. is a beast,” the quarterback said. “And when he got signed here, I remember I texted him and asked him if he wanted to come catch, and he immediately responded and found a way to make it out to where we were and came to our throwing session. He’s a grinder. He’s a big dude. He’s great on special teams, too. …

“He’s a big body type receiver, and that’s a good addition for us.”

Humphrey also delivered arguably the play of the game: a ridiculous, diving downed punt late in the fourth quarter. It was the kind of play that surely will go over well when the Patriots review film of the game.

“Folks don’t understand how difficult of a play that is,” Slater said. “Usually, in those situations … the gunner’s getting singled. For him to be getting doubled to the kick side, not step out of bounds so he can remain eligible to down the ball, was phenomenal. Great awareness by him. And then just, the effort to go out and lay your body out to get the ball back and keep it in play. That’s really an elite play from him. And it’s great to see a guy like that show up in the game cause he’s worked so hard since he’s been here. He’s done everything we’ve asked, taking coaching.”

Slater added: “The thing I appreciate about him is just his humility and his ability to take coaching, keep his head down, work hard and just give his best. And that’s all you can ask from any of your teammates — and he does that every day.”

Impressing Jones and Slater is no small thing. But if Humphrey somehow is going to make the roster, he must demonstrate to Bill Belichick that he can contribute to the team in ways beyond the passing game, in which he probably wouldn’t have a big role unless someone gets injured.

So far, Belichick clearly likes what he’s seen from the fourth-year wideout.

“Yeah, he’s made some plays for us since he’s been here,” Belichick said after the game. “He’s a big kid that is tough and has very good hands and is kind of a big receiver, tight end-ish type of guy, has a good feel, very good instincts in the passing game, handles himself well in the middle of the field with linebackers under him, over him, in between him. Kind of does the right thing there and helps the quarterback out and is a big target.

“He gets some tough yards after the catch. Did a decent job blocking on some of the perimeter plays. Then he showed up in the kicking game. That was a player that we got late, wasn’t with us in the spring, signed him in July, or late June, whatever it was. He’s coming off an injury last year, but he’s come in, really worked hard and made a very positive impression here. We’re glad we have him.”

At the end of the day, Humphrey probably remains a long shot to make the Patriots roster. But if he continues his upward trajectory next week against the Las Vegas Raiders, he might force New England to find a spot for him. 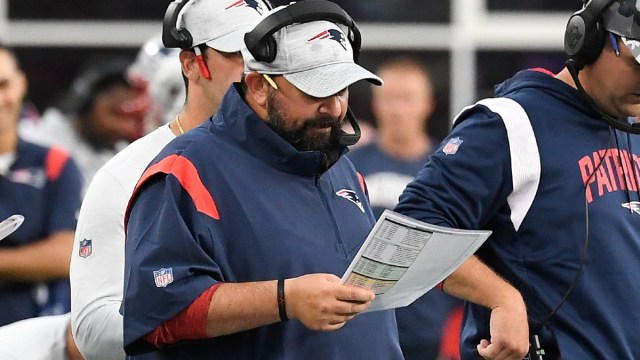 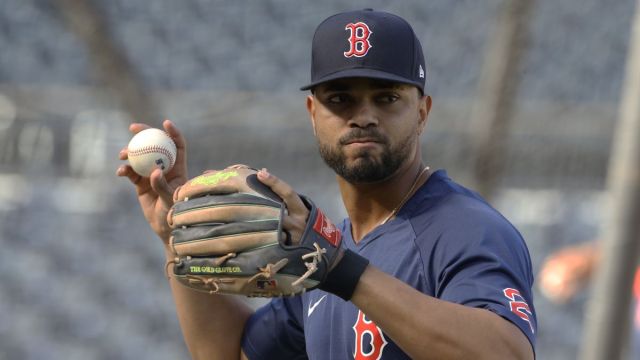