WEST PALM BEACH, Fla. — How do you hold football practices at a school that doesn’t have a football program?

Nick Folk helped them answer it, with a hand from a former collegiate kicker.

PBA, a tiny Division-II school located an hour north of Miami, had ample field space for the Patriots to use as they prepared for Sunday’s season-opening matchup with the Dolphins. But because those fields were built for soccer and lacrosse, they don’t feature permanent goal posts.

Just over a week before the Patriots were set to arrive in South Florida, Folk, the Patriots’ reliable veteran placekicker, sent out a call for help to James Hairston Jr.

Hairston, who first met Folk at a camp 15 years ago, kicked at LSU and Rice in the early 2010s. After his football career ended, he founded a company called Simple Kicking. Among the products Hairston’s company offers: portable uprights called “Go-Posts.”

Would the Patriots be able to get a set of those, Folk asked, and quickly?

After receiving Folk’s message — and subsequent ones from Bobby Brown, the Patriots’ associate director of football administration — Hairston, who was on vacation with his family in Colorado at the time, had his employees pack up a Go-Post and ship it from Simple Kicking headquarters in Dallas to West Palm Beach.

“The truth is, this is really Nick Folk’s fault,” Hairston told NESN.com in a phone interview Thursday. “This is how super pros operate. They take initiative. He reached out on an Instagram DM saying, ‘Hey look, dude, our people are going to reach out.’ I said, ‘Great, let me know how I can help.’ …

“So there I became kind of an emergency response unit to provide field-goal posts for the Patriots — and do it in warp speed because of the Labor Day holiday — to make sure this thing was up, set up, ready to go on Tuesday. And they were calling on (the previous) Monday and didn’t really make a decision until Tuesday on whether or not to get this thing done.

“It was kind of an epic, to be honest, because the Labor Day holiday kind of screwed everything up, and it was last-minute in that they were trying to underwrite whether or not this was something that could work for them. Because what other options are there to get field-goal posts at a place that doesn’t have them, that can also fit in a truck?”

And by truck, Hairston doesn’t mean an 18-wheeler. The Patriots, he said, had the collapsable posts shipped to a West Palm Beach trucking debut and then picked them up in a rented GMC Yukon XL. On Wednesday morning, the posts were up, giving Folk a target to kick through.

A Patriots spokesperson said the team had prepared to use different temporary posts, but that Folk’s recommendation prompted them to contact Hairston.

Belichick has not explained why he picked Palm Beach Atlantic over a college or large high school that could offer legitimate football facilities. But Hairston said he was happy to help out a team like New England that values the kicking game, noting how some other clubs might have just ignored the lack of posts if faced with the same predicament.

Hairston founded Simple Kicking in 2015, then made it his full-time career in 2020 after losing his job in the oil and gas industry during the COVID-19 pandemic. His company has provided products to six NFL teams — the Cowboys, Giants, Panthers, Bears, Titans and now Patriots — and also offers kicking data charting that Hairston said has been contracted for use by a major network this season.

Folk and Hairston reconnected during the former’s two-year hiatus from the NFL — he was working in commercial real estate in Dallas at the time and soon would get a call to kick in the short-lived Alliance of American Football — and Folk appeared in a Simple Kicking promotional video earlier this summer.

Hairston is a self-proclaimed Folk superfan, raving about both the 37-year-old’s on-field ability — according to his proprietary “points above expected” metric, Folk provided 38 more points than a replacement-level kicker during the 2021 season — and his off-the-field initiative.

“It’s just super cool how Nick took the initiative to say, ‘Look, man, we’ve got a problem here,” Hairston said. “… Joe Houston and Nick Folk definitely took the initiative, then business people made the decision and I executed on it. Super cool, man.” 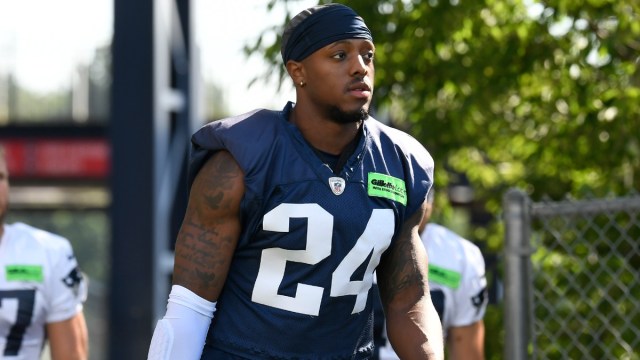 This Player Was New Addition On Second Patriots Injury Report 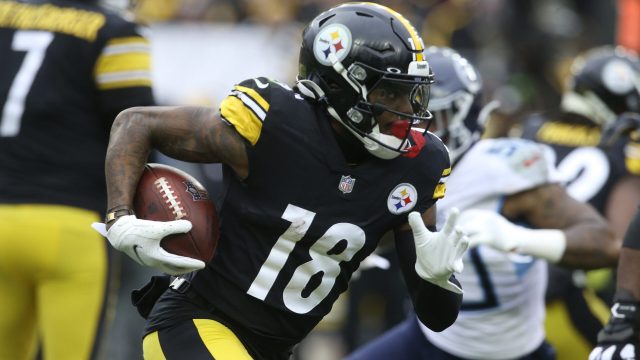