Even though it was just a preseason contest, the Boston Bruins showcase their resiliency Wednesday night to earn a 5-4 win over the New York Rangers at Madison Square Garden.

Boston’s second exhibition win over the Rangers improved its preseason record to 3-2 while the Rangers fell to 2-2-1.

ONE BIG TAKEAWAY
While the Bruins offense turned in a terrific performance, it was the team’s response to adverse situations that really shone through.

Boston fell into a two-goal deficit after the first period, but behind the tremendous play of the Czech line, which produced three second-period goals, the Bruins took the lead heading into the final frame.

But Boston didn’t crumble despite its struggling defense allowing the equalizer 6:49 into the third period. The Bruins just came right back and answered in a big way with Mike Reilly netting the game-winner.

Take the Bruins offense and mix it will their ability to fight back, and that’s a good recipe they can lean on during the regular season.

STARS OF THE GAME
— Pavel Zacha was instrumental for the Bruins. He scored on a breakaway goal and assisted on two others to notch three points, which all came in the second period.

— Reilly delivered the decisive goal with a snipe into the upper corner with 7:50 left. Reilly also added an assist in his outing.

— David Pastrnak was his usual offensive force for the Bruins, recording three points in the win. Pastrnak buried a one-timer from David Krejci and then set up Krejci for a goal and assisted Reilly on his tally as well.

WAGER WATCH
Both teams didn’t have any problems generating offense and due to that, they clearly hit the game’s Over, which was set at 5.5 goals by DraftKings Sportsbook. The Bruins and Rangers had seven combined tallies by the end of the second period, and a $100 wager on the Over that had -110 odds would have netted a pay out of $190.91.

UP NEXT ON NESN
The Bruins conclude their preseason slate on Saturday when they host the New Jersey Devils. Puck drop from TD Garden is scheduled for 7 p.m. ET, and you can watch the game, plus 30 minutes of pregame coverage, on NESN. 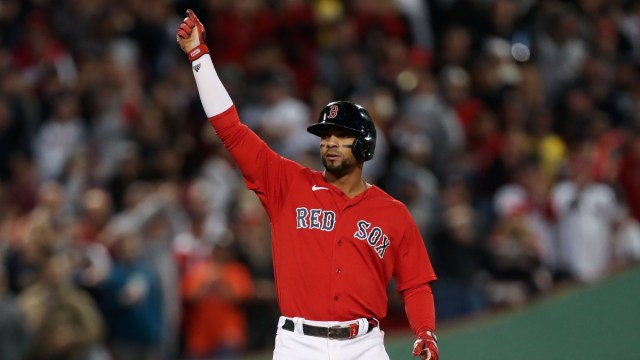 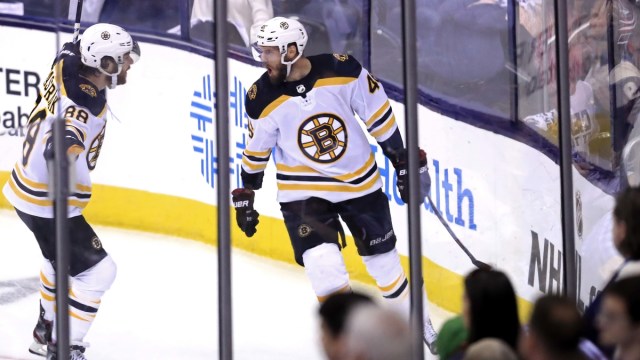