We’re now less than a week away from next Tuesday’s NFL trade deadline. Could any New England Patriots be on the move?

The Patriots have traded away players ahead of three of the last six trade deadlines, most recently shipping out defensive end Michael Bennett in 2019. They also dealt quarterback Jimmy Garoppolo in 2017 and linebacker Jamie Collins (who has since returned for three additional stints) in 2016.

As the Patriots adjust their 2022 roster to prepare for the back half the season and, they hope, a playoff push in the competitive AFC, here are four players who could be potential trade chips this time around:

WR Kendrick Bourne
From a talent and contract standpoint, Bourne might be the most desirable of New England’s trade candidates. He was a breakout star for the Patriots in 2021 but has seen his playing time and target share dwindle in the early stages of this season. Seven weeks in, Bourne has seen just 14 total targets and ranks sixth among Patriots wideouts in snaps played, trailing players like current practice squadder Lil’Jordan Humphrey and rookie Tyquan Thornton, who didn’t debut until Week 5.

But when Bourne has been involved, he’s been productive. He’s caught 78.6% of his targets, and 10 of his 13 touches (11 catches, two carries) have resulted in first downs. He also has an affordable $6.4 million salary cap hit and a $3.5 million salary that made him one of the league’s best bargains last season, and he still has one year left on his deal. If the Patriots aren’t going to use him, another club surely would be willing to take on that contract. And unsurprisingly, teams have called to inquire about the 27-year-old’s availability, according to multiple reports.

One factor that could hold up a potential Bourne trade is his health, as he’s currently dealing with a turf toe injury that limited him to four snaps in Week 6 and kept him out of Monday night’s loss to the Chicago Bears.

WR Nelson Agholor
Another member of New England’s veteran-laden receiving corps, Agholor clearly is behind Jakobi Meyers and DeVante Parker on the depth chart and trailed Thornton, as well, last week, playing just three offensive snaps against Chicago in his return from a hamstring injury. The ex-Eagle and Raider had an excellent game against Pittsburgh in Week 2 (6-110-1) but otherwise has been one of the most disappointing members of New England’s extravagant 2021 free agent class. His numbers across his other five appearances this season: eight catches, 115 yards, no touchdowns.

Agholor also has dealt with ball security issues this season, losing two late-game fumbles and bobbling a pass into the arms of a Detroit Lions defensive back for an interception. He’s making considerably more than Bourne ($14.9 million cap hit, $9 million salary) and will be a free agent next spring, so moving him would be the more financially beneficial move. But the Patriots also might have trouble finding a partner for that contract.

The Patriots also have gotten calls on Agholor, per multiple reports.

OT Isaiah Wynn
Simply put, Wynn’s move to right tackle has not worked out the way the Patriots had hoped.

He’s the most penalized player in the league through six games (despite missing one of those games and playing less than 85% of snaps in three others) and has been benched twice after surrendering two strip-sacks in a three-game span. He hasn’t been a liability in the run game — his Pro Football Focus grade there ranks in the top 15 among qualified tackles — but he’s the Patriots’ lowest-graded pass blocker, allowing 13 pressures over his last five games. Trent Brown leads the team with 14 allowed pressures this season, but he’s logged more than 50 more pass-blocking snaps.

Would there be a market for Wynn? That’s unclear. He’s making $10.4 million as a fifth-year option player, has struggled this season and, at 6-foot-2, 310 pounds, doesn’t have the frame that many teams look for in their offensive tackles. (Many The Patriots aren’t especially deep at the position — with Wynn out Monday with a shoulder injury, starting right guard Mike Onwenu was the top backup for fill-in right tackle Marcus Cannon — but that soon could change with Yodny Cajuste now eligible to come off injured reserve. Cajuste was back at practice Wednesday, starting his 21-day IR return clock.

RB Damien Harris
Of these four possiblities, Harris is the least likely to be moved. Impressive second-year back Rhamondre Stevenson seems to have surpassed him in the backfield heirarchy, partially due to his ability to contribute on third downs, but the Patriots have zero proven depth behind them. Their only other rostered running backs are rookies Pierre Strong and Kevin Harris, and the coaching staff clearly does yet trust either to play even a minor offensive role. Trading Harris and then losing Stevenson to an injury would be disastrous for New England’s offense, which still is at its best when it’s pummeling opponents with a powerful run game.

But Harris is in a contract year. He’s dealt with injuries, including the recent hamstring ailment that sidelined him for one game and limited him to 15 total snaps across two others. Yes, he’s a talented player who rushed for 15 touchdowns last season, but signing running backs to hefty contracts has proven to be bad business in the NFL. If the Patriots don’t plan to extend themselves to re-sign Harris this offseason, and a team short on backfield depth comes calling, would they consider dealing him and grabbing a cheap free agent to back up Stevenson? 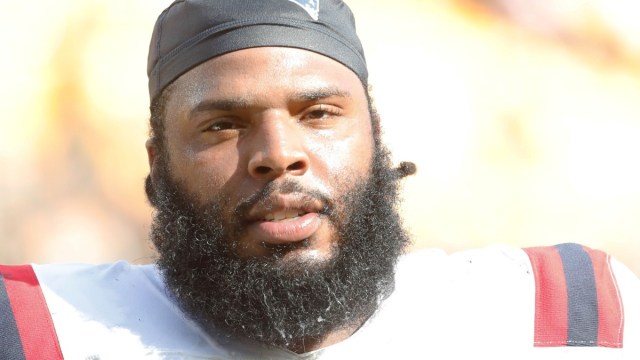 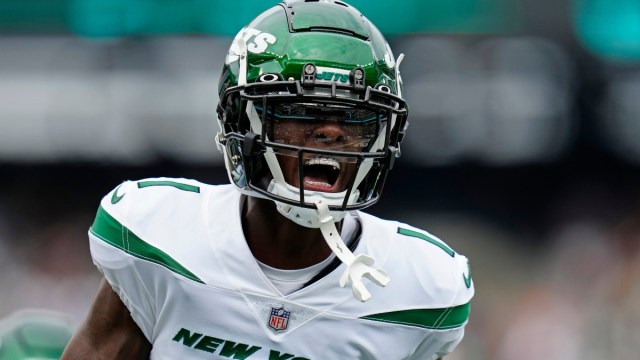 Bill Belichick Talks Up These Jets Defenders Before Week 8 Matchup