Nets Star Kyrie Irving Gets Into It With Reporter, Won't 'Stand Down' Skip to content

In the face of controversy, Brooklyn Nets star guard Kyrie Irving turned in a terrific performance on the court Saturday night, but then he became unraveled by it.

Following a home loss to the Indiana Pacers which sent the Nets tumbling to 1-5, Irving got into a heated exchange with ESPN’s Nick Friedell during his postgame press conference.

Irving, who issued a statement earlier in the day about his controversial tweet promoting the film “Hebrews to Negroes: Wake Up Black America,” which is filled with anti-Semitic disinformation according to Rolling Stone, didn’t change his stance on the matter when pressed by Friedell. Irving contended strongly he wasn’t promoting the film, which led to a back-and-forth, and can be seen via Clutch Sports.

Irving added: “This is going to be a clip that he’s going to marvel at. Any more questions.”

The reporter chimed in again at that point, as the two talked over one another.

“But you’re not answering the question,” Friedell said.

“You’re not answering the question, oh my God,” Irving responded. “Let’s make another Instagram clip so we can be famous again. Next question.”

Fridell started his exchange with Irving by asking him about his Instagram post from September in which he shared a message for conspiracy theorist Alex Jones about the “New World Order.”

“That was a few weeks ago,” Irving said. “I do not stand with Alex Jones: (His) position, narrative, court case that he had with Sandy Hook or any of the kids that felt like they had to relive trauma or parents that had to relive trauma. Or to be dismissive to all the lives that were lost during that tragic event. My post was a post from Alex Jones that he did in the early 90s — or late 90s — about secret societies in America of cults. And it’s true.

“I wasn’t identifying with anything about being a (campaign) for Alex Jones or anything. Just there to post. And it’s funny, and it’s actually hilarious, because out of all the things I posted that day that was the one post that everyone chose to see. It just goes back to the way our world is and works. I’m not here to complain about it. I just exist.”

Despite the significant and ongoing scrutiny surrounding Irving, he said he wasn’t going to reverse course when it came to his belief system.

“I’m not going to stand down on anything that I believe,” Irving told reporters, per Newsday’s Laura Albanese. “I’m only going to get stronger because I’m not alone. I have a whole army around me.”

It’s certainly not a great look for Irving as this is just a part of the dumpster fire of a season the Nets currently are enduring. 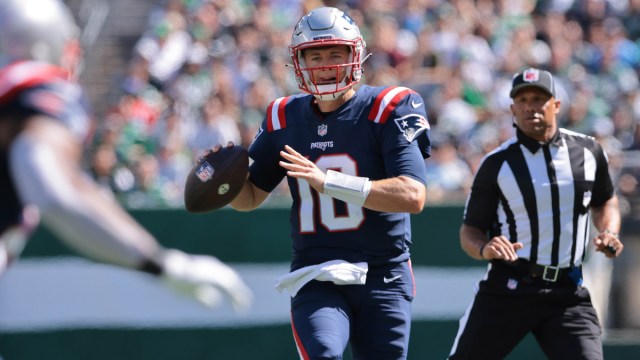