The New England Patriots will visit MetLife Stadium this Sunday afternoon for a pivotal AFC East encounter with the New York Jets.

1. How will Mac Jones perform?
It’s not hyperbole to say Jones is entering the most important stretch of his young NFL career. After missing three games with a high ankle sprain and making just a three-series cameo in last week’s disastrous loss to the Chicago Bears, he’s now off the injury report and cleared for a full workload, according to head coach Bill Belichick. Though a report Friday indicated he’s not 100% recovered, Jones will be expected to perform against a Jets defense that’s been one of the better units in the NFL this season.

Can he remedy the turnover issues that have plagued him in all four of his starts this season, leading to a league-worst 5.8% interception rate? If not, he won’t have his starting job for much longer. Belichick confirmed Thursday that Jones would start against New York but made no such commitment for future weeks, suggesting the team still needs to see more from its second-year signal-caller.

The differences in play-calling for Jones and rookie backup Bailey Zappe also were a hot topic this week, as Zappe saw much more under-center work and play-action usage in his two fill-in starts, with a lower emphasis on deep passing. Can Matt Patricia — who said this week that the changes were based on opponent, not QB — strike a balance between these two approaches to maximize Jones’ skill set?

2. Can the defense bounce back?
Cornerback Jonathan Jones said New England’s defensive players have a “hunger” to rebound after last week’s game. They certainly should.

The Patriots were flattened by a Bears team that entered Week 7 with the NFL’s second-worst scoring offense. Chicago rushed for 243 yards — including 82 by quarterback Justin Fields — went 11-for-18 on third down and piled up 33 points, scoring on five consecutive possessions and taking a knee at the Patriots’ 2-yard line in the final seconds. This woeful performance came after encouraging showings against Detroit and Cleveland, derailing all momentum the Patriots had built during their two-game win streak.

Fortunately for New England, it faces what should be a favorable matchup this week against the short-staffed Jets. New York lost its top running back (Breece Hall) and its best offensive lineman (Alijah Vera-Tucker) to season-ending injuries last week, will also be without veteran wideout Corey Davis on Sunday and have a quarterback in Zach Wilson who has been far from impressive this season. The Jets won all four of Wilson’s starts to date, but he didn?t throw a touchdown pass in the last three and ranks near the bottom of the NFL in most passing metrics, including completion percentage (33rd) and passer rating (32nd).

The Patriots won’t have their full complement of defensive difference-makers, however. Defensive tackle Christian Barmore (knee) and safety Kyle Dugger (ankle) both did not make the trip to East Rutherford, N.J., and won’t be available Sunday.

3. Will the undermanned O-line hold up?
Speaking of not being available, the Patriots also will be without longtime starting center David Andrews, who was ruled out as he continues to recover from the concussion he suffered against Chicago. This is the first game Andrews has missed since Week 17 of the 2020 season, and his absence leaves a sizable hole in the middle of New England’s offensive line.

Veteran James Ferentz will start in Andrews’ place. Though the 33-year-old has been with the Patriots since 2017 and is considered a smart player, he’s started just six games in his NFL career. The Patriots will need his communication to be on point as Mac Jones reacclimates, limiting the communication breakdowns that burned New England early in the season. The Jets also boast one of the NFL’s top defensive tackles in Quinnen Williams, who has five sacks this season and is Pro Football Focus’ fourth-highest-graded player at his position.

We don’t yet know whether struggling right tackle Isaiah Wynn will draw back into the lineup after missing last week with a shoulder injury. He’s listed as questionable.

4. Can the Jets snap their drought?
The Patriots haven’t lost to the Jets since 2015 when Ryan Fitzpatrick beat them in overtime. They’ve won 12 straight against their AFC East rivals, including a 54-13 beatdown last October that New York is using as motivational fuel for this matchup. This is a better Jets team than many of the franchise’s recent incarnations, but four of their five wins this season came against Jacoby Brissett, Mitch Trubisky/Kenny Pickett, Skylar Thompson and Brett Rypien.

“They’re looking forward to turning around their 12 straight losses against us,” Jonathan Jones said Friday, “and we want to keep that streak going.”

If the Patriots want to be players in the AFC playoff race, they’ll need to. A win Sunday would put them at 4-4 on the season. With the Sam Ehlinger-led Indianapolis Colts, a bye week and a Jets rematch up next on their schedule, that’s a manageable spot to be in. Fall to 3-5, though, and the Patriots would be in real danger of quickly spiraling out of postseason contention. 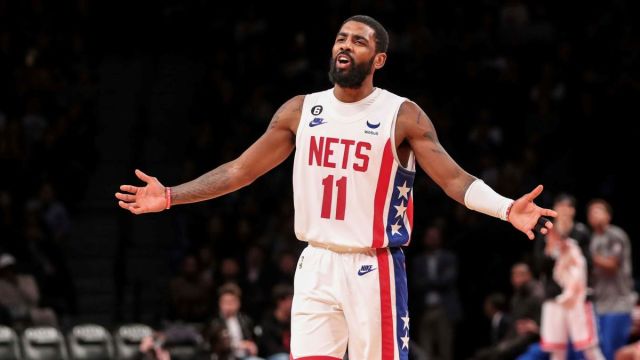 Kyrie Irving Gets Into It With Reporter, Won’t ‘Stand Down’ From Controversial Tweet 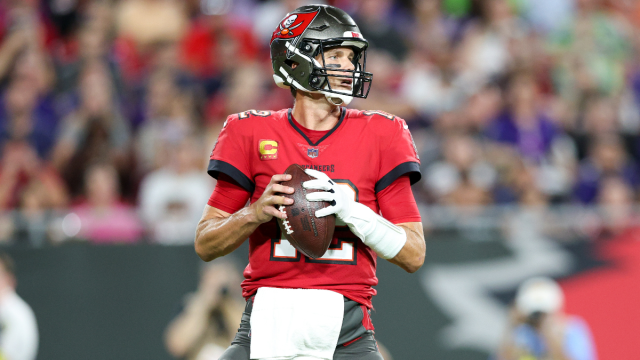