Tampa Bay Lightning fans gave Patrice Bergeron his moment in the sun Monday, joining in on a “Bergy” chant for Boston’s captain after he recorded his 1,000th career point. Not everyone on the Bruins got such a warm welcome to Amalie Arena, however.

David Pastrnak scored a goal less than four minutes into the third period to put the Bruins up, 5-1. Lightning fans were understandably upset with their team’s play, which perhaps explained the reason why Pastrnak was greeted by one Tampa Bay fan holding up a particular finger after potting the goal.

Pastrnak was asked about the incident postgame, giving a funny response.

“You could see that? That was pretty funny,” Pastrnak said, per Joe Haggerty of Boston Hockey Now. “You could tell he felt bad about it because he pulled it right back down pretty quick.”

Boston’s 5-3 win over Tampa brought them to 17-2-0 on the season, matching the second-best start in franchise and NHL history, per ESPN Stats and Info. The Bruins will look to continue their historic start with a win over the Florida Panthers on Wednesday. Puck drop from FLA Live Arena is scheduled for 7 p.m. ET, and you can catch all the action, along with an hour of pregame, on NESN. 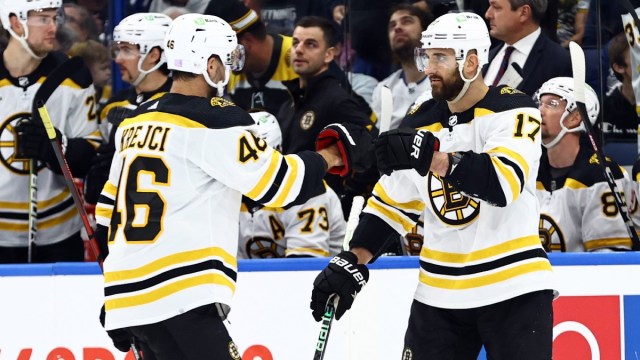 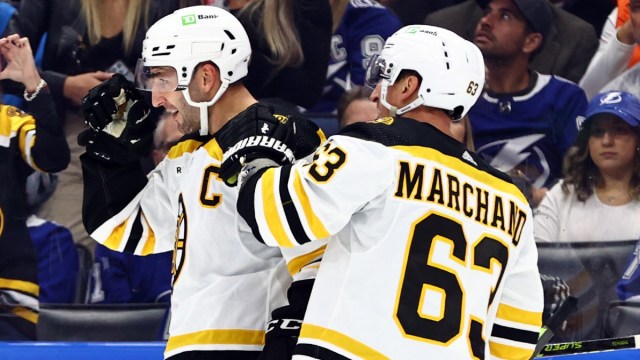 What Made Career Milestone Special For Bruins Captain Patrice Bergeron