The Bruins kept rolling Monday, but the night belonged to Patrice Bergeron.

Boston beat the Tampa Bay Lightning, 5-3, at Amalie Arena to reach the franchise’s best start since the 1929-30 season and improve their win streak to seven games.

Bergeron tallied an assist during the game, and it put the Bruins captain at 1,000 career points. The 37-year-old is the fourth player in franchise history to reach 1,000 points and the 94th player in NHL history to accomplish the milestone.

After scoring the goal off Bergeron’s assist, Brad Marchand immediately pointed at the center, and the entire Bruins team went to congratulate Bergeron. The crowd at Amalie Arena gave the future Hall of Famer a standing ovation, and there was a “Bergy” chant.

“That was probably the most special thing about it, to have all the guys jump on and share that with them,” Bergeron told reporters, as seen on NESN’s postgame coverage. “That was great, definitely something I’ll remember for a long time.”

Bergeron came back to Boston after signing a one-year contract in the offseason. The feat of 1,000 career points was always a realistic shot during the 2022-23 season, and the five-time Selke winner reflected on if the milestone was ever on the mind.

“You know it’s there and it’s obviously a possibility and something within my reach,” Bergeron said. “At the same time, I was really focused on the type of team we had. I knew we had more to give. I knew we had a deep team. Having those conversations with (David Krejci), as well, knowing he was leading toward coming back, that’s what influenced me to sign that one-year contract. As I said many times, it’s a special game that gives you a lot, and obviously, you go through a lot of ups and downs, but at the end of the day, all you remember is those memories, those friendships and the guys you go to battle with. It was a special moment, of course.”

It seemed poetic for Marchand to be involved in Bergeron’s 1,000th career point. The left winger admitted postgame there was some planning in celebrating the captain’s accomplishment, and it’s likely the two sharing the milestone meant a lot to Bruins fans.

“Whatever way it happens, it’s fine, but it means even more when it’s a guy who’s been on my side for such a long time and has such a big impact on the team and also on my career,” Bergeron said.

The Bruins remain the best team in the NHL after Monday’s win, and their test against Stanley Cup contenders continues against the Florida Panthers on Wednesday. 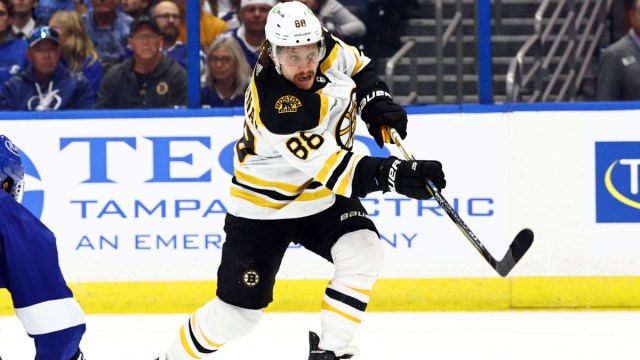 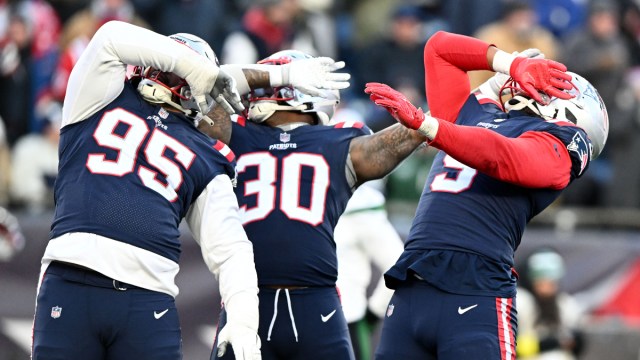