The Celtics won their sixth straight game after beating the Detroit Pistons, 117-108, at Little Caesars Arena on Saturday night.

ONE BIG TAKEAWAY
The Pistons looked to make Saturday’s matchup a tough battle as both squads were playing on the second night of a back-to-back. The Celtics were down Jaylen Brown and Al Horford, but MVP contender Jayson Tatum led the way for Boston. The All-Star forward carried the Celtics offense, scoring 43 points in 41 minutes. Detroit was up two at halftime, but a strong second half from the Celtics helped them win their sixth game in a row. The game turned into a 3-point contest with Boston shooting 18-of-49 compared to the Pistons’ 16-of-37, which helped keep Detroit in the game until the final buzzer, but Tatum helped the Celtics maintain enough of a cushion.

STARS OF THE GAME
— Tatum had a double-double of 43 points and 10 rebounds. The forward shot 14-of-28 from the field and 8-for-10 from the free-throw line. Tatum also added in three assists and one steal and block apiece.

— Smart helped shoulder the load for Tatum on offense, scoring 18 points on 7-of-17 shooting in 43 minutes. The reigning Defensive Player of the Year also notched five steals and 10 assists.

— Bojan Bogdanovic played his part in keeping the game close for Detroit. The forward led the Pistons in scoring with 28, along with six rebounds and four assists.

UP NEXT
The Celtics return to Boston to play the Oklahoma City Thunder at TD Garden on Monday. Tipoff is scheduled at 7:30 p.m. ET. 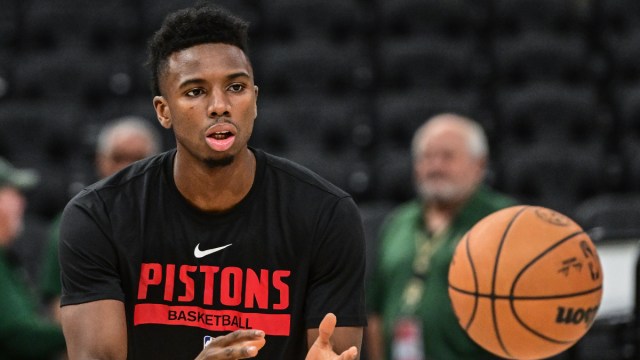 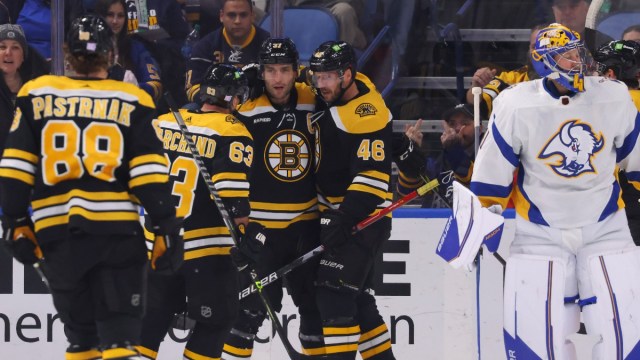