Is This Detail-Oriented Teacher Patriots' Next Great Coaching Talent? Skip to content

FOXBORO, Mass. — For roughly two decades, the Patriots’ coaching pipeline produced a steady flow of talent that went on to accomplish great things in New England or elsewhere.

In 2001, you had Rob Ryan coaching linebackers, Ivan Fears coaching wide receivers, Dante Scarnecchia coaching the O-line, Eric Mangini coaching defensive backs and Brian Daboll working as an assistant. And, of course, you had Charlie Weis and Romeo Crennel running the offense and defense, respectively. In 2008, Matt Patricia was coaching linebackers, Bill O’Brien was coaching wideouts and Josh McDaniels was running the offense. Oh, and Josh Boyer (now a defensive coordinator) and Brian Flores both were working as assistants. A few years later, Joe Judge joined the staff as a special teams assistant. Say what you want about Patricia and Judge, but both got NFL head coaching gigs — and that’s a big deal.

The list goes on and on. But a recent efflux of staffers — some call it the Patriots “brain drain” — has left many looking for New England’s next great coaching prospect. Sure, linebackers coach Jerod Mayo could become a head coach as soon as next offseason, and some believe tight ends coach Nick Caley one day will become an offensive coordinator, but who else? Is it just Steve Belichick, who calls defensive plays but still doesn’t have the title of defensive coordinator?

Look no further than DeMarcus Covington.

Now in his sixth season as New England’s defensive line coach, Covington is a rising talent in Foxboro. The 33-year-old is highly regarded by his players and fellow coaches, all of whom believe he has a bright future in the NFL.

Covington, a former collegiate receiver, first showed up on the Patriots’ radar in 2016 when he was working as a co-defensive coordinator and defensive line coach at Eastern Illinois. It was there that Covington met then-Patriots linebackers coach Brian Flores, who visited the school to work out players before the NFL draft.

Flores clearly returned to New England with a strong view of Covington, because the next year, Bill Belichick made a pre-draft visit to UT Chattanooga, where Covington was just a few months into his new job as outside linebackers coach. Belichick also was there to work out lineman Keionta Davis, who later signed with the Patriots as an undrafted free agent. Shortly afterward, the Patriots hired Covington as a coaching assistant, and he worked in that role for two years before coaching outside linebackers in 2019 and moving to the defensive line in 2020.

“DeMarcus does a really good job,” Belichick said last month. “I met him at Chattanooga and kind of got to know him there. Hired him later in that spring. … I’m sure he could coach a lot of positions on defense. Young guy that’s really smart, works hard. Has worked with a lot of different types of players, even on our defensive line. That difference between our interior guys and our outside guys is quite distinct.”

Since arriving in Foxboro, Covington has built a reputation as a detail-oriented teacher who puts the players first. And, as Belichick noted, his ability to work with various kinds of defensive linemen is no small thing.

“DeMarcus Covington, I would say, he has grown as a leader and also his knowledge of the game,” defensive end Deatrich Wise said last month. “He has the ability to see what other coaches see but also, as a true teacher, break it down (so that) his players can understand what he’s saying and execute as such. And he does a wonderful job reading the room, if we’re like, ‘OK, we’re not feeling the game plan’ … he’s able to (ask), ‘What do you see in the game?’

” … And then in the game, he’ll listen to the player and then he’ll go back and kind of scheme a game plan up that works for that specific player. … He knows how to coach me a little bit different than he coaches (Christian) Barmore, than he coaches (Lawrence Guy).”

Nose tackle Carl Davis echoed those sentiments during a recent conversation with NESN.com

“He’s very detailed,” Davis said. “He’s on us about the little things. He strives for perfection as a coach. You can see it in the way he goes about it, even the way he carries his own self. He’s in the weight room running, in the offseason he’s running with us. So, he’s not just a coach — he’s part of the group. …

“I think all year, especially in the games, when we tell him what we see, that he trusts us. And we’ll go back on the film and we’ll see what we see. … But he trusts us with what we’re saying, and then we’ll make adjustments from there. But it’s back-and-forth feedback. Sometimes we might disagree, we might not like it, but it’s not that big of a deal. It’s nothing we can’t handle. And I think he does a good job of facilitating to the defensive line.

Davis added: “Somebody like me, my job might not make sense to me. But then he’ll explain it how, ‘OK, this is how it fits in the grand scheme of the defense,’ versus just me looking at it from my perspective.”

Despite his role, Covington is able to check his ego at the door and allow players to have input on game plans and in-game adjustments. That can be hard to come by with coaches in the NFL.

“As a defensive line coach, I think you gotta be a good teacher, and he’s a great teacher,” nose tackle Davon Godchaux told NESN.com after the Patriots’ Week 8 road win over the New York Jets. “He’s able to teach us and apply it to the field. Most coaches expect you to know it, especially guys coming in from college. … Some (players) just don’t really know it. You gotta coach them up, you gotta teach them how to do it.”

Covington obviously has learned a lot from Belichick over the last six years. But the foundation of his approach to coaching was built in the early 2010s at University of Alabama Birmingham, where Covington was working as a defensive graduate assistant with longtime defensive coach Kevin Peoples.

“I always look back at my mentor who taught me a lot of things: Kevin Peoples,” Covington recently told NESN.com “He told me a lot about the game, especially on the defensive side of the ball, just about the fundamentals and technique of what we do up front. Just all those small things.

“I think we lose sight in this game about players. They’re the ones that are out there playing, so you want them to be comfortable with whatever they’re doing. … It’s about being a good teacher and delivering the game plan and delivering it to the players so they understand it.”

So, what’s next for Covington?

“The attention to detail that he has, I think he could be a great defensive coordinator,” Davis said. “The way he sees the game, he’s been around the game a long time. … I just keep saying the words ‘details, details,’ because that’s so important.”

Godchaux took it one step further.

“Head coach,” Godchaux confidently said while nodding his head in a just-you-watch sort of way. “He’s so detailed — great head coach one day.”

When informed of those comments, Covington expressed gratitude while confirming he has large aspirations.

Time will tell what the future holds for Covington in New England. So long as Mayo and Steve Belichick are with the Patriots, his path toward becoming a defensive coordinator with the Patriots might be blocked.

But should Covington one day lead not just a defense, but an entire NFL team, nobody in Foxboro will be surprised. 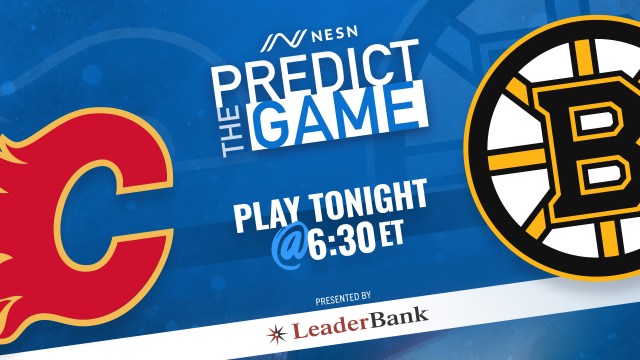 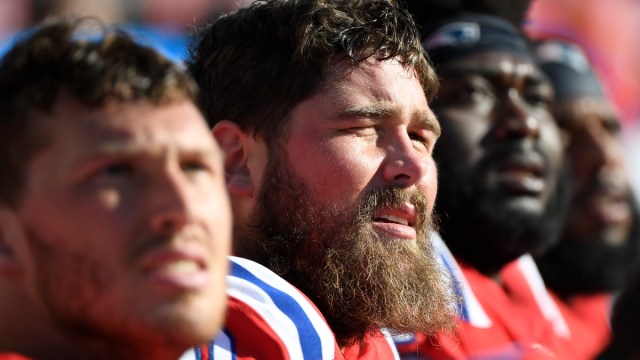 David Andrews Opens Up On Concussion, Dirty Hit That Caused It