Could the New England Patriots replace Mac Jones with an aging future Hall of Famer this offseason?

No, not Tom Brady. The other one.

After ESPN’s Adam Schefter on Sunday reported a Rodgers trade is a “real possibility,” King listed New England among the possible landing spots for the Green Bay Packers star.

The possibilities are delicious. Rodgers to the Jets, maybe re-teaming with ex-Pack aide Nathaniel Hackett, who has interviewed for the New York offensive coordinator job. Or Rodgers to the Patriots, which seems very Belichickian, to perhaps give Mac Jones two learning seasons in the shadows. Or Rodgers to Vegas, if Tom Brady doesn’t beat him there. Or Rodgers to Seattle, which is seventh in cap room in 2023 and has four picks in the draft’s top 55. You could think of 10 more.

Bringing in Rodgers would be an expensive, franchise-shaking move, in terms of both contract and trade compensation. Rodgers currently is set to carry a salary cap hit of $40.7 million next season, dwarfing Jones’ $4.25 million number. It’s unclear whether the Patriots are considering making that type of splash, which would limit their ability to improve other areas of their roster.

But head coach Bill Belichick offered only a lukewarm endorsement of Jones after New England finished below .500 and missed the postseason for the second time in three years, and he’s never hidden his adoration for Rodgers.

When the Patriots played at Lambeau Field in October, Belichick sought out Rodgers to chat with him pregame, then raved about the 39-year-old signal-caller in his postgame news conference.

“I’d say in the end, Rodgers is just too good,” Belichick said after the Packers won 27-24 in overtime. “He made some throws that only Rodgers can make. We had pretty good coverage on some of those, and he’s just too smart, too good, too accurate, and in the end, he got us. We just couldn’t quite do enough in the other areas to quite offset it. … He’s just a great, great player, and he made some great plays.”

Rodgers is one of the greatest quarterbacks of all time and was the NFL’s Most Valuable Player in 2020 and 2021, but his numbers sharply declined this season. His 91.1 passer rating and 39.3 QBR both were the worst of his career, and he threw nearly as many interceptions (12) as he had in the previous three seasons combined (13). The 12 picks were his most since 2008, his first season as a starter. After three straight 13-win seasons, Green Bay went 8-9 and missed the playoffs.

Jones’ numbers were even worse after the Patriots paired him with an ineffective offensive coaching staff led by Matt Patricia and Joe Judge. New England already has admitted failure on that front, announcing plans to hire a real offensive coordinator ahead of the 2023 campaign. Belichick interviewed five candidates last week, including former Patriots OC Bill O’Brien.

The Patriots may have faith that their new coordinator can rekindle the promise Jones showed as a rookie. But with Belichick declining to publicly commit to Jones, an offseason QB shakeup remains possible.

As of Sunday, DraftKings Sportsbook gave the Patriots the fifth-best odds of landing Rodgers this offseason, trailing the Packers, Raiders, Jets and 49ers. 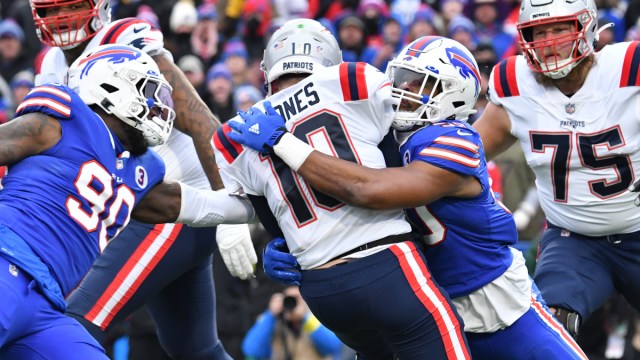 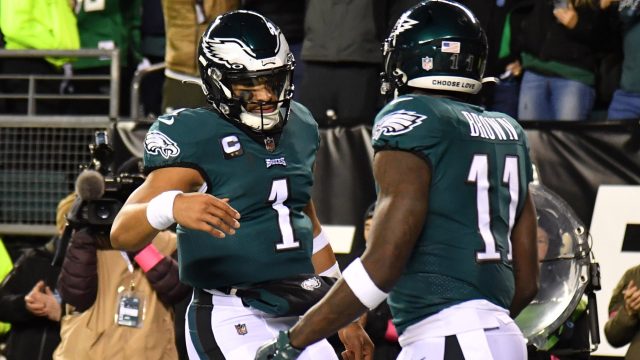