If season-long fantasy football leagues are leaving you frustrated, consider trying one-week games at FanDuel, where you can set a new lineup each week.

Quarterback: Carson Palmer, Arizona Cardinals ($8,600)
Palmer torched the Tampa Bay Buccaneers’ defense last week, and his Week 3 matchup against a Buffalo Bills defense giving up the third-most yards per pass attempt is a favorable one.

Running Backs: Isaiah Crowell, Cleveland Browns ($6,900); Matt Forte, New York Jets ($7,500)
Crowell had 135 rushing yards and one touchdown in Week 2, and he’s a good play against the Miami Dolphins, who gave up 129 yards to New England Patriots running back LeGarrette Blount on Sunday.

Forte has been the best fantasy running back through two games with 196 yards and three touchdowns on the ground. He should have another good game against a Kansas City Chiefs defense that has allowed the third-most rushing yards in the NFL.

Wide Receivers: T.Y. Hilton, Indianapolis Colts ($7,400); Travis Benjamin, San Diego Chargers ($6,900); Corey Coleman, Cleveland Browns ($6,700)
Hilton wasn’t much of a factor in the Colts’ loss Sunday against an elite Denver Broncos defense, but his Week 3 matchup against the Chargers is much better, and Donte Moncrief’s injury could result in more targets.

Benjamin caught all six of his targets for 115 yards and two touchdowns in Week 2. He’s benefiting nicely from being San Diego’s top receiver after Keenan Allen’s season-ending injury.

Coleman should be productive regardless of who’s playing quarterback for the Browns, and he also has a favorable matchup against a Dolphins defense that was shredded by Patriots backup quarterback Jimmy Garoppolo last week.

Tight End: Clive Walford, Oakland Raiders ($5,000)
Walford is a good value play after catching six passes on seven targets for 51 yards and one touchdown last week. Raiders-Titans has the potential to be a high-scoring game.

Kicker: Dan Bailey, Dallas Cowboys ($4,700)
Bailey is the second-highest scorer among kickers on FanDuel with 13.5 points per game, but he’s just the eighth-most expensive at the position.

Defense: Carolina Panthers ($5,000)
The Panthers’ talented defense will face a Minnesota Vikings offense that has struggled to score touchdowns and could be without All-Pro running back Adrian Peterson because of a knee injury. 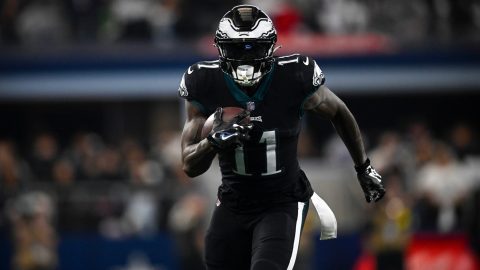