Thanksgiving Day is here, and that means, in addition to family time and plenty of food, there’s a full day of NFL coverage with three games on the slate. It also means fantasy football managers will have a few less days to think about their starting lineups.

That’s where we come in to help, pinpointing four high-upside players who will take the field on Thanksgiving Day. Of note, all stats represent full-point PPR leagues and are compiled by SportRadar.

Michael Gallup, WR, Dallas Cowboys
Gallup tends to be the forgotten man among the Cowboys wide receiver group, but his potential target share in Week 12 makes him a high-upside WR2. Dallas definitely will be without Amari Cooper (COVID-19) and while head coach Mike McCarthy hints at CeeDee Lamb being active, it feels like a quick turnaround for someone who left Week 11 with a concussion. But even if Lamb does, in fact, play, Gallup still should be viewed with some optimism. Gallup received a team-high 10 targets in Week 11 and has proven productive when he gets his chances. He’s averaging 1.11 points per target on 15 targets (7.5 targets per game ranks him WR18) the last two weeks with a respectable 10.7 air yards per look. Dak Prescott’s comfortability with Gallup adds an element, as well.

David Montgomery, RB, Chicago Bears
Montgomery has been underwhelming throughout the season with just three touchdowns and two 100-yard games. He has ranked RB20 in scoring average (12.92 points) on 0.74 points per touch and 12 rushes of 10 or more yards in six games this season. But he now has the privilege of going up against the Detroit Lions, who allow the second-most points to opposing running backs and third-most yards to players at the position. Montgomery also will be in the backfield with quarterback Andy Dalton (not Justin Fields), and that should provide more rushes and touches for the running back. Montgomery should be viewed as a decent RB2 and strong flex play.

Darnell Mooney, WR, Chicago Bears
Another player from the brutal Bears with Matt Nagy’s days seemingly numbered? Yes, seriously. Mooney has been very impressive of late and he, like Montgomery, will go up against the Lions defense that doesn’t provide much confidence. Mooney, who was picked up in 13% of Yahoo leagues this past week, ranks WR10 in average scoring dating back to Week 8 with 18.70 points. He also has seen plenty of opportunities with 31 targets during those last four weeks (three contests) and averaged 1.57 points per target. Mooney has touchdowns in each of his last two games and is coming off a five-catch, 121-yard performance against the Baltimore Ravens. Mooney saw a league-high 16 targets (!!) and was the fourth-highest scoring wideout in Week 11, and with some receivers injured — A.J. Brown, Cooper — or on bye (Tyreek Hill), he fits a short-term play.

Hunter Renfrow, WR, Las Vegas Raiders
We wouldn’t be overly confident in quarterback Derek Carr against the Cowboys, but Renfrow is a different story. Dallas is middle of the pack in fantasy points allowed to wideouts and 12th in receiving yards allowed to players at the position. Cowboys star cornerback Trevon Diggs could see some time on Raiders tight end Darren Waller, which, it would seem, would prompt some additional targets for Renfrow. Renfrow is averaging 14.33 points per game since Week 9 behind 19 touches on 22 targets with two touchdowns in the last three games. Renfrow, one of Carr’s more trusted pass-catchers, also has seen eight or more targets in seven of the last nine games. 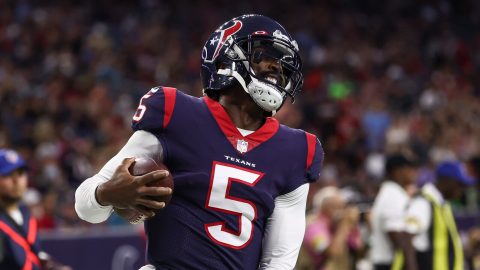 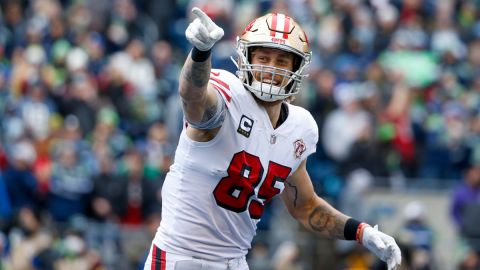