Superstar players like Von Miller will always move the meter in the NFL.

So when the Los Angeles Rams acquired eight-time Pro Bowler Von Miller from the Denver Broncos to bolster their defense and linebacking core, the betting market certainly adjusted accordingly.

DraftKings Sportsbook elevated the Rams from fourth to first on its NFC betting sheet and Sean McVay’s squad now has the third-best odds (+650) to win the Super Bowl behind only the Buffalo Bills (+500) and Tampa Bay Buccaneers (+600).

A sportsbook shortens a team’s betting odds due to money, respect or both. In this case, both boxes are checked. Many shops have plenty of liability built up on the Rams and a defense with Miller, Donald and Jalen Ramsey will not be easy to beat in the postseason. It’s also tough to ignore how impressive Matthew Stafford has looked in the LA offense.

There was no longer a reason for books to deal Los Angeles +500 and it’s also in the best interest of the house to make the Dallas Cowboys, Green Bay Packers and Arizona Cardinals more enticing in the future book to draw in some bets.

WynnBET respects the Buccaneers and Rams even more at +300 to win the NFC.

“It’s funny, we were sitting in the back comparing this move to the time DeMarcus Ware went to Denver to team up with Miller,” WynnBET senior trader Motoi Pearson told NESN. “That team won a Super Bowl with those two. This trade definitely shows that the Rams are here to make a statement and that they’re pressing for a championship. We respect it enough to make them co-favorites to win the conference.”

The Rams’ path to the Super Bowl in Inglewood will almost certainly go through Tom Brady and the Bucs or Aaron Rodgers and the Packers — or both — so it’s not like there’s a clear-cut favorite in the pack.

“That’s not an easy road,” Pearson said. “We haven’t really seen many Rams bets (since the trade) because we were already low on them to begin with. We still had to uplift the Rams because of their balance on both sides of the ball. But we definitely respect Brady enough and my heart is personally set on Rodgers and the Packers.”

“The Rams have a star at every single level of the defense,” one professional bettor told NESN. “They were already getting stronger on defense and bringing in an elite pass rusher will only help late in games if they have a lead. Miller doesn’t have to be the guy, he just has to do his job.”

If you like Los Angeles to make a deep run in the playoffs, by all means, do your thing in the conference or Super Bowl betting markets.

My reaction to the news is to bet the Rams to win the NFC West at even money (+100). The odds are obviously nowhere near as juicy, but the Cardinals are the only domino in the way. Kyler Murray and Co. have definitely overachieved although many wise guys want to see if they can finish strong.

I prefer a Rams future bet where unproven Arizona is all I have to worry about. 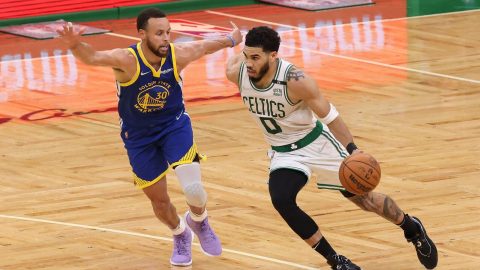 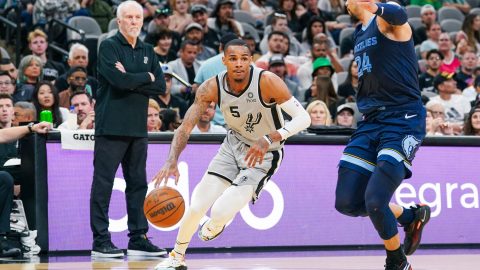