Tyler Herro will get some personal hardware for his outstanding season off the bench as the Miami Heat cruise through the Eastern Conference. Herro was named the NBA’s Sixth Man of the Year on Tuesday, ahead of Miami’s Game 2 home date with the Philadelphia 76ers on Wednesday night.

The former Kentucky standout put together the most productive season of his three-year NBA career in 2022. In 66 games, Herro set new personal highs in minutes (32:35), points (20.7), and assists (4.0) per game (4.0) while having his most efficient shooting campaign as a pro. On his way to setting a new career mark for threes per game at 2.7, he also shot 44.7 percent from the field and almost 40 percent from three-point land – both career bests.

Herro was the front runner for most of the season as he became the first player in Miami Heat history to take home the honor while getting 96 of 100 first-place votes. While the Heat’s sharpshooter was presented the award today at practice, expect some kind of pre-game reception tomorrow night before Game 2.

FanDuel Sportsbook has the Heat as -8.5 home favorites, with a -420 moneyline as they look to take a 2-0 series lead against the Joel Embiid-less Sixers. 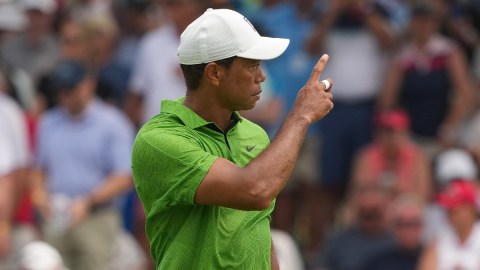