Tim Duncan May Challenge Kobe Bryant for Title of Era's Greatest Player With Another Ring (Podcast) - NESN.com Skip to content The span between Michael Jordan‘s decline and LeBron James‘ rise is generally regarded as Kobe Bryant‘s era of dominance, when the Lakers star won five NBA championships, two scoring titles and four All-Star Game MVP awards. Soon, Bryant’s claim to the title of his era’s greatest player might not be so secure.

Tim Duncan is closing in on his fifth ring, which would tie him with Bryant and put him just one behind Jordan. Duncan is already firmly in the conversation of the greatest players ever, and another championship on his resume could forever change the discussion about which player owned the post-Jordan, pre-LeBron era. If nothing else, at least the Spurs’ impressive showing against the Grizzlies in the Western Conference finals has forced fans to appreciate Duncan’s quiet excellence again.

NESN.com NBA editor Ben Watanabe joined Doug Kyed to discuss Duncan’s legacy in this week’s podcast. They also touched on James’ evolution into the most unique star in NBA history, what is next for Seattle and how the NBA will sort out the mess that is Charlotte’s professional basketball history. 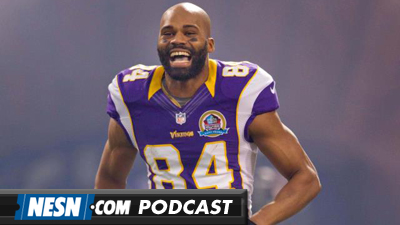