It was always going to come down to this, wasn’t it?

The moment that Jarome Iginla used his no-trade clause to turn down a trade to Boston in favor of one to Pittsburgh, it seemed destined that the B’s would be meeting the Pens at some point in the postseason. Now, that time is upon us, as the two teams square off for the right to represent the Eastern Conference in the Stanley Cup Final.

Of course, the Penguins and Bruins have arguably been the conference’s best two teams all year long, so it feels apt on several levels that they meet this late in the playoffs.

With the storylines swirling as the teams prepare to drop the puck, NESN.com’s Mike Cole joined NESN Nation’s Dan Duquette on the podcast Wednesday to preview the upcoming showdown. The two discussed Jaromir Jagr‘s significance to the Penguins and Bruins, what the Pittsburgh goaltending situation is looking like and much more. 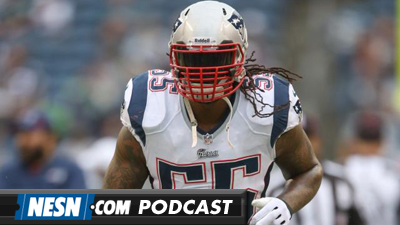