The Knicks and restricted free agent Nate Robinson are approaching a one-year agreement that would pay the point guard between $5-6 million, according to The New York Times.

Though Robinson has been searching for a multiyear pact, the one-year deal with the Knicks would pay him above market value and allow him to pursue another contract next offseason. Robinson reportedly could have signed for a similar annual salary with the Greek team Olympiakos — which offered him a two-year, $10 million deal — but he declined to take his playing career overseas.

The deal would also be beneficial for the Knicks, who would preserve salary cap space for the illustrious free agent class of 2010. They also would keep their options open with Robinson, as they very well could offer him the biggest contract next summer by means of the Larry Bird (or "qualifying veteran free agents") exception, which allows teams to retain their own players even if they are above the salary cap.

Meanwhile, the Knicks are continuing to negotiate with their other restricted free agent, forward David Lee. Though Robinson's deal could give the Knicks more financial breathing room to sign Lee to a long-term contract, the New York Daily News is reporting that the team is still attempting to ink him to a one-year contract worth around $7-8 million. If the two sides cannot agree, Lee might be shipped out of town in a sign-and-trade maneuver. 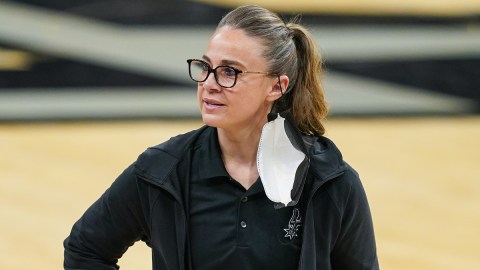