FLORHAM PARK, N.J. — Braylon Edwards has a unique
perspective on the New York Jets' slide to 4-4 following a 3-0 start.

Traded to New York days after the team's first loss, the
wide receiver brings an outsider's view when he's watched some video of those
first three games.

"The only thing that really changed — it looked like they
were having a lot of fun," Edwards said Monday as the Jets returned from their
bye-week break. "Those first three games, they came out on a mission to prove,
'We are somebody. Everybody counted the Jets out; we're going to show you guys.'

"That's what I could see, that the attitude has slipped a
little bit."

It's only natural, he added.

"People don't get talked about or they're under the
radar, and they're out to prove," Edwards said. "And once they've proved it,
people start building them up."

Now they're tearing them down. The Jets emerge from their
bye at the season's midway point right back where they started: as many wins as
losses, counted out, under the radar.

They'll need to recapture that early-season attitude to
have any chance of making the playoffs.

"I was watching the games yesterday sitting at home, and
watching everyone play, you realize that you still have a lot of season left,"
receiver Jerricho Cotchery said. "You realize that with the kind of team we
have, we can play with anybody in this league. I was just anxious to get back to
work today."

Edwards believes 10 wins would get the Jets in. That
means going at least 6-2 against a remaining schedule coach Rex Ryan calls
"brutal."

It includes games at New England and Indianapolis, plus
home matchups against Cincinnati and Atlanta. Those four opponents are a
combined 25-7.

Like Cotchery, Ryan still believes the Jets can beat any
team in the league, an assertion backed up by their earlier victory over the
Patriots. His biggest concern about his club is one that's encouraging yet
maddening for any coach: The Jets just need to improve on the little things.

"A play here, a play there," said running back Thomas
Jones. "A penalty or a mistake here or there cost us the game. The good thing is
those are mistakes you can correct."

Ryan and his family went to Fort Lauderdale to relax
during the break. He joked that he picked the destination because nobody would
expect the Jets coach to vacation there after two losses to the Dolphins.

To Ryan, a guy who earned a shot at his first head
coaching job because of his fearsome defenses as the coordinator in Baltimore,
something's a little off with the Jets' defense even though they rank near the
top of the league statistically.

It's about the instinct and aggression that separate the
good units from the great ones.

It's the defender seeing where the back is lined up and
immediately knowing what to do. 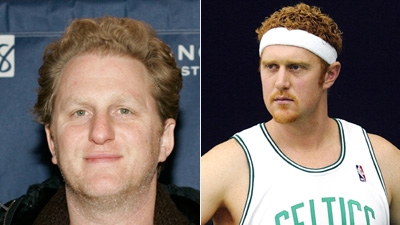