Mark Recchi, Rich Peverley Switch Spots As Zdeno Chara, Bruins Look to Get Back on Track Against Sabres - NESN.com Skip to content Zdeno Chara won't have to miss any games after avoiding a suspension. The rest of the Bruins don't have an excuse not to show up either, like they did in Montreal on Tuesday.

Chara received no further discipline from the league for the hit that drove Canadiens forward Max Pacioretty into the partition between the benches late in the second period of Tuesday's game at the Bell Centre. Chara's night ended at that point as he was given an interference major and game misconduct for the play that left Pacioretty with a severe concussion and non-displaced fracture of his fourth cervical vertebrae.

The rest of the Bruins checked out much earlier in a listless 4-1 loss. It was the second straight loss for the club after a season-high seven-game win streak. Rather than closing in on the top spot in the Eastern Conference, the Bruins find themselves back in a dogfight for the Northeast Division lead with Montreal just three points behind them.

The Bruins will face another red-hot divisional rival on Thursday as they return home to host the Buffalo Sabres in need of a win to get back on track. And they'll have to make sure the Chara incident and ongoing controversy over the league's decision not to suspend him doesn't distract them from that task.

"We have to have our minds on the game [Thursday]," Bruins coach Claude Julien said. "I think that's the important thing here. We lost an overtime game here [against Pittsburgh on Saturday] and we lost [Tuesday] night. Before that we won seven in a row, so somehow we have to find a way to win hockey games again and get that good feeling and that confidence that we have. I think the guys still believe in it, but this where good teams have to bounce back and it takes one game to get you back on track. [Thursday] has to be that game."

To try to get things turned back in the right direction, Julien shuffled his lines in practice on Wednesday. He moved Mark Recchi down to the third line with Chris Kelly and Michael Ryder, with Rich Peverley replacing Recchi on the second line alongside Patrice Bergeron and Brad Marchand.

That move is designed to try to get those lines going as the top unit of David Krejci, Milan Lucic and Nathan Horton has been the only line scoring of late. That trio has 12 of the Bruins' 25 goals over the last nine games, combining for 32 points in that span.

Meanwhile, newcomers Peverley and Kelly have shown flashes but little production since coming to Boston. Peverley has 1-1-2 totals in seven games as a Bruin, Kelly 0-2-2 in eight games. Ryder has also gone quiet of late, with 1-1-2 totals in his last nine games, playing primarily with Kelly and Peverley in that time.

"I don't think there's too much to make of it more than making a little tweak here or there," Julien said of the changes. "Right now we're getting Krejci's line producing for us, but the other two lines have been a little bit quiet. Sometimes tweaking it like that [can get them going]. And it could change halfway through the game [Thursday].

"Mark has good chemistry with Bergy and right now we've separated those two for no other reason than we think Mark can bring something to that other line and maybe Peverley can bring something to Bergeron's line," Julien added. "It's normal adjustments throughout the course of the year when you have a couple lines that aren't producing as much as they have been."

The Bruins need all of their lines to begin producing again, and fast. A return to form on Thursday against the Sabres with these tweaks would be a good start as Boston tries to retain its hold on the Northeast Division lead. 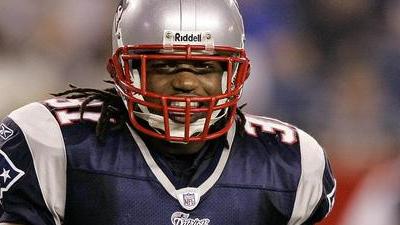