Despite starring in a number of (catchy) commercials with Heat star Dwyane Wade, basketball analyst and NBA Hall of Famer Charles Barkley still can?t root for Miami. Barkley, who has made a point of calling out Wade and teammate LeBron James throughout the playoffs, made it very clear he is rooting for the Dallas Mavericks in the NBA Finals. In fact, he is so confident in the Mavs winning the championship that he made a very bold bet — a bet that will work out for no one.

Barkley was interview Thursday by Miami Herald columnist Dan Le Batard, an avid supporter of the Miami Heat, on his daily radio show. The topic of conversation, the NBA Finals, soon turned into an argument between the two rooting interests. Le Batard and Barkley came to an agreement — whoever?s team loses will have to wear a Speedo on Le Batard?s show.

To make matters worse, pictures will be taken. There?s a chance that these photos could go viral faster than any Kim Kardashian picture. Maybe if we?re lucky, Barack Obama will assure the photos will not be released to the public.

The Mavericks currently lead the series, 3-2. Game 6 will be played Sunday night. 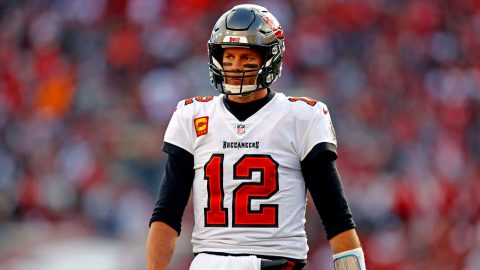