Two years ago, when the Devils suffered a shocking Game 7 defeat to the Carolina Hurricanes, Mike "Doc" Emrick closed out the broadcast by mentioning how fans leaving the stadium thanked both Emrick and Chico Resch for doing a fantastic commentating job, and for being a part of the team.

Those fans were absolutely correct. And now Emrick's departure from the Devils is going to leave a gaping hole in the franchise, and in the hearts of Devils fans.

Doc Emrick, prior to announcing he'll leave the Devils and work exclusively for NBC/Versus on Thursday morning, had been a part of the Devils. He's always meant just as much to the franchise as Scott Stevens, Ken Daneyko, Scott Niedermayer and Marty Brodeur — the quartet that was the foundation of three Stanley Cup Championship teams. Consider this: Emrick has been with the Devils for 21 years, and the franchise hasn't even turned 30.

For Devils fans, Emrick leaving is exactly like Stevens and Daneyko retiring. It's like watching Brian Gionta and Niedermayer leave. Simply put, it's the equivalent of watching your favorite player tearfully announce that he can no longer be a part of the team.

Emrick is often referred to as the voice of the Devils, just like Brodeur is referred to as the face of the franchise. That statement is only partially true, because it isn't just Emrick's voice that comes to mind when his name is mentioned — it's his disposition, his smile, his voice, his passion and his dedication that also come to mind.

So you can imagine how tough this transition is going to be for the Devils community, who've watched Emrick for 21 years. Emrick is arguably one of the best play-by-play announcers in hockey, if not in all of sports, and it's hard to listen to anyone else after being treated to Emrick's energetic, enthusiastic and always-engaging play-by-play calls.

He is one of the most unbiased commentators and his expertise and skill earned him stints with Versus and NBC, which included announcing the Stanley Cup this year. Emrick's a great play-by-play announcer, but that's not the only reason why Devils fans love him. When you've been hearing the same voice announce a goal, save or hit for over 20 years, it's almost impossible not to become attached and familiar with the commentator's style.

When it comes down to it, there's no one else whom Devils fans would rather have calling one of Zach Parise's brilliant goals or one of David Clarkson's wraparound shots or, of course, one of Brodeur's marvelous saves, other than the always-engaging Emrick.

But Emrick was always more than just the Devils' play-by-play announcer. He wasn't just a face you saw on TV, or a voice you heard screaming "Goal!" Emrick was the announcer whom fans could see wandering around in the old Continental Airlines Arena, or buying cigars in the newer Prudential Center.

Emrick was there for all three Devils Stanley Cup victories. He was there to announce Brodeur's 552nd, record-breaking win, as well as other top Devils moments. But he was also there to introduce the Devils' ex-captain Scott Stevens when the franchise lifted No. 4 high into the rafters. And if nothing else illustrates how the Devils and Emrick go hand in hand, the fact that the Devils' website posted Emrick's letter to the fans should be reason enough.

The worst part about Emrick leaving is that it came out of nowhere. His contracts with Versus, NBC and MSG-plus were all up, but of course no one thought he'd be leaving. It's a tough time to be a Devils fan already, since they're entering the transition period where the franchise is slowly letting go of the last remnants of those old championship teams. Don't forget the continuous head coaching problems and the possibility that Brodeur might retire at the end of this season.

But through all of last season's problems, Emrick was there. When the Devils were playing terribly last year, Emrick's play-by-play calls still gave fans a reason to watch. Emrick has always given the fans a reason to turn on MSG-plus and watch the Devils, regardless of which players were or weren't playing.

This loss is going to be hard to recover from — as hard as it was to recover from when Stevens and Daneyko hung up their skates. Emrick probably knew that this news would upset the fans as well, which is why he wrote a letter to the fans, explaining his decision.

Emrick said he left because he's getting old — he'll be turning 65 shortly — and signing a deal with NBC would ensure a milder travel schedule. No Devils fan, no Emrick fan, could ever be angry at the franchise's most beloved commentator for finally giving in to his age.

But Emrick's letter did more than just explain the reasoning behind his decision — it essentially explained the relationship between fans and the lovable commentator.

"Words in prepared statements like these usually read very cold. Despite that, I hope you will sense how much I have enjoyed being around you and the team. This seemed the best way to get this news to you in the middle of the offseason," Emrick wrote. "I wanted Devils fans to know of this news quickly after I reached the decision since their kindness to my wife Joyce and me on countless occasions brought us so much joy."

Even though Emrick did write that written words often make statements seem cold, this letter was anything but. It shows his appreciation for the fans, something which they reciprocate. The letter also illustrates how hard it must have been for Emrick to leave the Devils and continue his career elsewhere, which is exactly how Devils fans feel right now.

It's going to be impossible to replace Emrick; he's just spent too much time with the team and the fans to make this an easy task. Devils fans have a special place reserved for him in their hearts and minds. Steve Cangialosi, who is most likely next in line to take the job, won't be able to do as good of a job as Emrick did. It's almost like what's going to happen when Brodeur retires. No one will ever be able to take his place, and no matter how much Devils fans love the next goalkeeper, he'll never be as good as Marty.

Saying goodbye to Emrick is like saying goodbye to Stevens. Fans are going to be upset, they're going to cry, but it's a guarantee that if Emrick ever has the chance to call a game at the Prudential Center again, he'll get a standing ovation. And the Devils should consider raising his name over the ice in Newark. 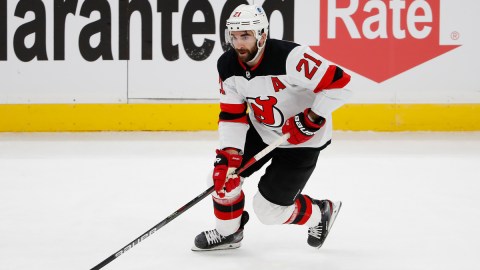 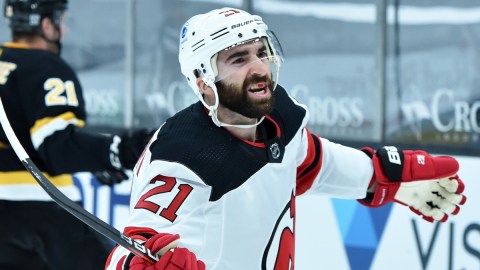 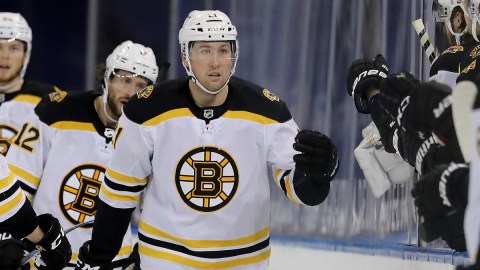 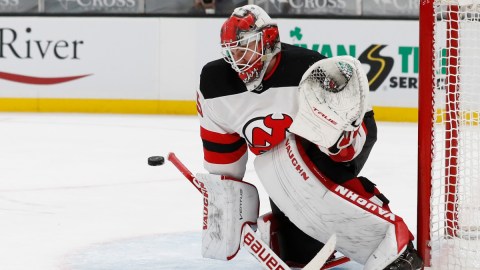