For the better part of the next 13 months, pundits and fans alike will sift through the rubble of the great Boston Red Sox collapse of 2011, looking for its reasons. A perceived lack of conditioning and the subsequent injuries it causes is an oft-cited reason for Boston's September swoon. Liverpool FC and Red Sox chairman Tom Werner believes that the baseball team can learn a thing or two from the soccer club about getting players into optimal shape for a long and grueling season, according to the Boston Globe.

"We just want to employ the best possible techniques to get our conditioning the best it can be," Werner said. "While we understand there are workouts that are specific to a sport, there are also things that are universal in terms of a well-conditioned athlete. We just want to make sure we're exploring everything we can in that area.

"There's nothing you can do about a sports hernia or a pulmonary embolism like Bobby Jenks has, but the last couple of seasons, we've had a lot of injuries at the end of the season and we need to explore why this is happening."

Liverpool uses advanced technological methods and a heavy reliance on data to prepare a group of players to play as many as 65 matches between July and May. GPS tracking and heart-rate monitors provide the data points for on-field conditions. The club also monitors off-field factors such as sleeping and eating habits to ensure players remain at their peak physical condition.

Liverpool's Head of Fitness and Conditioning Darren Burgess expanded on the club's conditioning methods when he told LFCTV Online, "We try to make the training for the guys as match-specific as possible. So the players all wear GPS tracking technology for each training session, so we know exactly how far they?ve jogged, run, walked (and) stood still.

"They all wear heart-rate monitors for each of the training sessions so we can in fact match every training drill that we do to the game that they play on the weekend so we can match the intensity … that's been a really good introduction for us.

"All our testing and all our scores we keep that we conduct on the guys say that they're in good condition and that they?re doing well in the matches on the weekend."

The Red Sox will certainly evaluate their training and conditioning methods as part of a full postmortem. While they will not directly transfer Liverpool?s methods directly to Red Sox players, there is a lot they can borrow and apply to their unique situation. 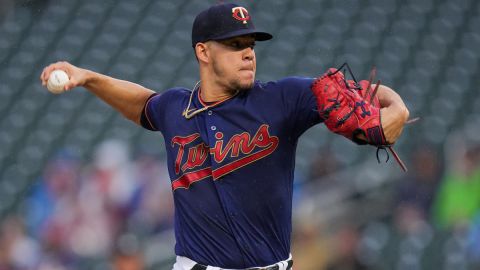