NFL Says Kyle Williams Was Not Hit Illegally After New York Giants Claim to Target Him - NESN.com Skip to content

SAN FRANCISCO —   The NFL on Tuesday said there were no illegal hits by the Super Bowl-bound New York Giants on 49ers return man Kyle Williams during the NFC Championship Game.

Williams fumbled a punt in overtime of San Francisco's 20-17 loss Sunday, and the misplay set up  Lawrence Tynes' winning field goal. Afterward, New York's Jacquain Williams and Devin Thomas indicated they were trying to hit Williams given his history of concussions, including the most recent one sustained Dec. 24 at Seattle that kept him out of the regular-season finale at St. Louis.

League spokesman Greg Aiello said in an email that the Giants did nothing against the rules.

"Players are held accountable for their actions on the field. There were no illegal hits to the head or neck area against Kyle Williams on Sunday," Aiello said. "There was no conduct by the Giants of any kind that would suggest an effort to injure Kyle Williams in any way."

Williams' agent, Ken Sarnoff, said the second-year pro is aware of the Giants' postgame comments but is done speaking publicly and is ready to move forward toward the 2012 season. The 49ers had no comment Tuesday.

"The thing is, we knew he had four concussions, so that was our biggest thing, was to take him outta the game," Jacquain Williams told reporters at Candlestick Park.

Thomas recovered both fumbles, including one in the fourth quarter that went under review to reveal the ball glanced off Williams' right knee. Williams still insists the ball didn't hit him.

"He's had a lot of concussions," Thomas told the Newark Star-Ledger. "We were just like, 'We gotta put a hit on that guy.'" 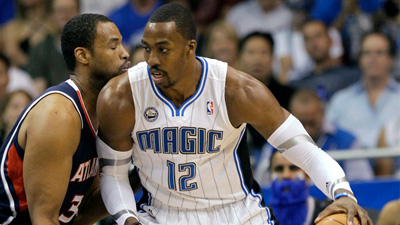 Dwight Howard Would Listen If Celtics Called, Says They ‘Have the Championship Mentality’