Brian Rolston is coming back to Boston.

The Bruins acquired Rolston from the New York Islanders on Monday afternoon just prior to the 3 p.m. ET NHL trade deadline, general manager Peter Chiarelli has announced. The B's also acquired defenseman Mike Mottau in the deal with the Isles.

The 39-year-old Rolston spent parts of five seasons with the B's, including four full seasons from 2000 through 2004. He's played in 49 games this season for the Islanders, scoring four goals and adding five assists to go along with a minus-12 rating.

Mottau, a 33-year-old defenseman, has only played in 29 games this season, as he's been limited due to concussion issues. In that limited action, Mottau has totaled a pair of assists.

Boston will send forward Yannick Riendeau and defenseman Marc Cantin to the Islanders as part of the deal. 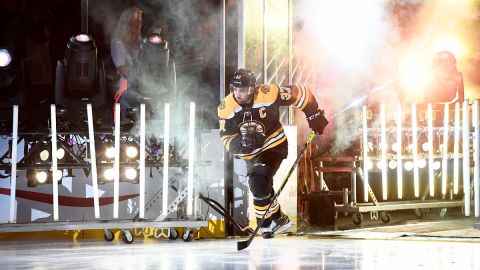