Which Play Was the Bruins' Amica Coverage Play of the Week? - NESN.com Skip to content

David Krejci broke out of his slump on Thursday night in a big way.

The Bruins forward moved back to his natural center position on the first line and was paired with the combination of Milan Lucic and Tyler Seguin for the first time this season. The line change worked wonders for Claude Julien and the B's against New Jersey, as Krejci came through in a big way with his second career hat trick performance.

Krejci's most impressive goal on the night was a third period slapper, which he snagged off a deflected pass by Zdeno Chara. Krejci lifted the puck past Devils' goalie Martin Brodeur to tie the game up at 3-3.

On Tuesday, Ottawa's Erik Karlsson made a nifty move of his own, creating space at the top of the blue line and nailing a slapshot past Bruins goalkeeper Tim Thomas. The lone goal was all the Senators would need on the night, as Ottawa would drop Boston 1-0.

Then on Saturday night, against that same Senators team in Ottawa, Bruins rookie Carter Camper scored his first career goal.

Which play gets your nod as this week's Amica Coverage Player of the Week?

Jason Varitek Emotional upon Retirement, Decided It was Important to Retire With Red Sox

Devin Setoguchi Fails Spectacularly During Shootout, Falls Without Getting Shot Off to Lose Game (Video) 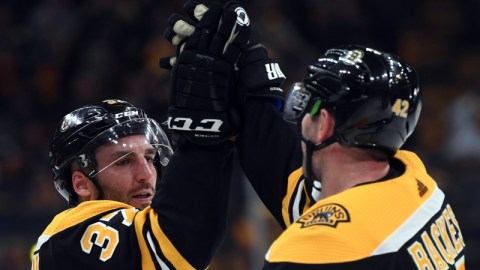 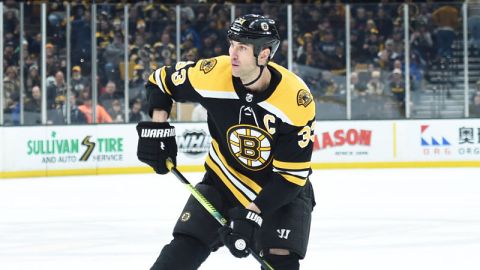 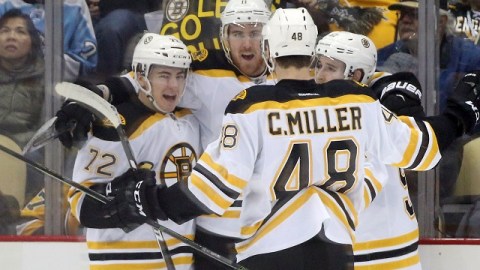 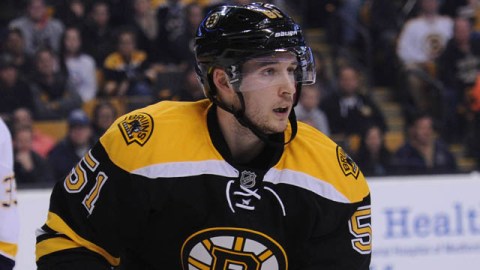