Sometimes that fire tends to ruffle a few feathers, particularly when it leads to him calling out his teammates. But while constant criticism of other players on your team isn't something that's generally encouraged, a little kick in the pants every now and then never hurt.

In fact, when it comes to Bryant being critical of Pau Gasol, it has typically led to results for the Lakers big man — evident most recently by Gasol's 23-point, 17-rebound, six-assist Game 7 against the Nuggets after Bryant publicly called him out in the wake of L.A.'s Game 6 loss.

That's the thing about Gasol. He has that extra gear — and an ability to dominate — but he often needs a jumpstart in order to shift into it. Bryant's job as the Lakers' leader is to provide that jumpstart, even if he comes off looking arrogant in the process.

"Pau's got to be more assertive," Bryant said after the Lakers' loss to the Thunder on Saturday, which puts them on the brink of elimination. "He's the guy they're leaving [open]. When he's catching the ball, he's looking to pass. He's got to be aggressive. He's got to shoot the ball or drive the ball to the basket. He will be next game."

On the surface, such comments may seem like Bryant is making excuses, throwing a teammate under the bus rather than shouldering the blame himself. But that's hardly the case.

Bryant has been around the league long enough and has accomplished enough to command respect from the players he takes the floor with. As he goes, the Lakers go, so it's vital that he ensures everyone is on the same page and playing up to their potential.

Gasol hasn't played up to that potential this postseason, sputtering at times and failing to give the Lakers that fierce big-man presence that was so key to their 2010 title. He and Andrew Bynum are so crucial to L.A.'s success that when one struggles, the pressure placed on the 33-year-old Bryant is even higher than it usually is.

He needs to do all of those things that Bryant mentioned in his postgame news conference on Saturday.

The problem, however, is that most fans tend to see Bryant, automatically get into the mindset that he's a villain, and then chalk whatever it is he says up to him being an arrogant jerk. Honesty suddenly isn't the best policy, because if it was, we'd learn to appreciate Bryant's off-the-cuff critiques.

Can Bryant be a bit cocky from time to time? Yes, of course. But in all honesty, he's earned the right to act that way.

In this particuar instance, though, Bryant's criticism of Gasol was hardly a reflection of cockiness. It was the mark of a guy who's not ready to call it a season any time soon.

LeBron James Dismisses Lance Stephenson’s Choke Gesture, Says ‘I’m Not Even Going to Give Him the Time’ (Video) 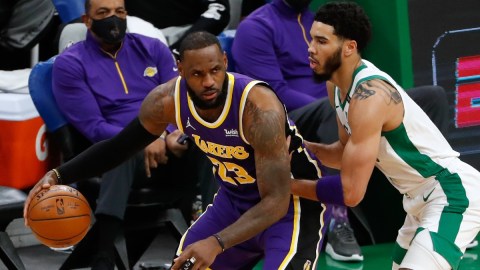 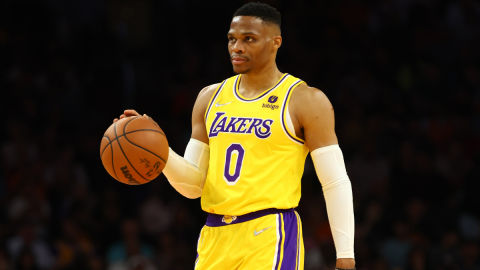 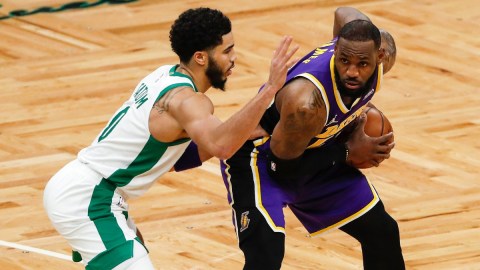