All Jonathan Soriano had to do was remember his training.

The Red Bull Salzburg striker was was standing behind the ball with his team trailing by two goals with over 10 minutes to play. Converting the decisive penalty kick would have changed the game, but his head must have been somewhere in the clouds.

What followed was one of the all-time worst (and funniest) penalty kicks in soccer’s digital age. Soriano blasted the penalty kick well out of the shot of the camera, so we can only assume it followed its trajectory into out of space.

It’s not every day that Austrian Bundesliga action makes worldwide news, but that happened on Sunday. The 26-year-old made the weekend hall of shame with his spot-kick blues.

Few will care that Soriano played for mighty Spain at every level between U-17 and U-21. How many will remember that he was schooled in the academy of Espanyol Barcelona and showed enough talent to earn a move to FC Barcelona’s B team? Does it matter that he is leading the Austrian top flight in scoring? It should, but it probably doesn’t.

Rapid Vienna goalkeeper Lukas Konigshofer was untroubled by the shot, as was anyone else standing near the goal. Mars rover, Curiosity, could be in danger depending on which way the solar winds are blowing. It would come as no surprise to see that ball turn up in one of the photos the spacecraft is beaming back to earth.

Watch Soriano sky his penalty kick in the video below.

Andrew Bynum Capable of Great Things for Sixers, But Acquisition Holds as Many Risks as Rewards 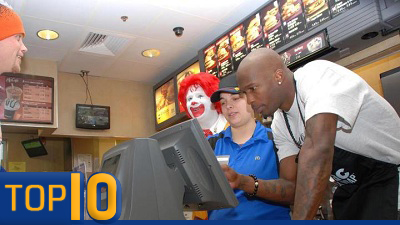